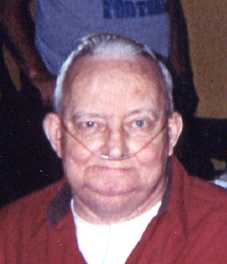 He was born in East Liverpool, OH on December 2, 1937 and was the son of the late Clarence H. & Mary Alice McCune.

A lifelong area residence, Mr. McCune worked for the East Liverpool Sewage Treatment Plant, retiring in the early 70’s and was a veteran of the US Air Force.

He is survived by his wife, Patricia Ann Dudding McCune. They were married May 25, 1957. Four sons survive him, William R. McCune, Jr., Wayne R. McCune, Wesley J. McCune and David Allen McCune all of East Liverpool, OH as well as 12 grandchildren and 13 great-grandchildren.

Besides his parents, a son, Clarence Allen McCune preceded him in death.

Services will be held at the Calcutta Chapel of the Martin MacLean Altmeyer Funeral Homes on Wednesday, July 15, 2009 at 3:30 PM with Rick Brown officiating. The family will be present to receive friends from 1:00 PM up until the time of the service.

Burial will be in Columbiana County Memorial Park.

Grandpa, I love and miss you so much. You mean the world to me. You was the one and only one that i talked to about my problems and now you gone. You are missed alot pappy. Wish you was here so i can tell you alot of stuff. Love You Always.

Pap what can I say? You taught me a lot in life. Take care of Grandma. I love and miss you both every day! <3