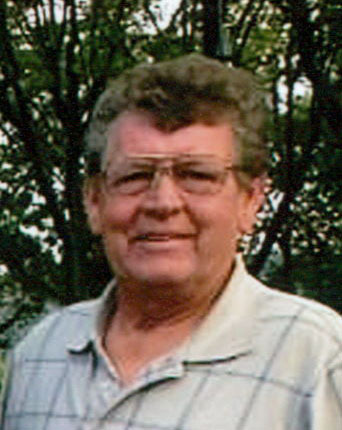 Bill was a retired coal miner with the Consol Coal Corporation’s Quarto 4 Mine after twenty-nine years and the Wheeling Island Hotel and Casino. He was an avid golfer, fisherman and hunter and a passionate family man. He was a fantastic husband, father and grandfather. Bill served in the Vietnam Conflict with the US Army.

In addition to his father, Jean J. Arno, he was preceded in death by his father-in-law and mother-in-law, Freddie and Edna Mae Zaccagnini.

Family and friends will be received at the Bauknecht-Altmeyer Funeral Homes & Crematory 441 37th Street Bellaire, Ohio on Thursday from 2 to 4 and 5 to 8 pm where services will be held on Friday at 1 pm with Pastor Lannie Sechrest officiating. Interment in the Mt. Calvary Cemetery in Bellaire, Ohio with Full Military Honors conducted by the Belmont County Veteran’s Association.

Memorial contributions may be made to the Charity of the donor’s choice.

Share your thoughts and memories with Bill’s family at altmeyer.com.

Although I only knew William as a name and photo in the 1966 yearbook, I knew some members of his extended family, including Ken Arno who graduated with me in 1967. My prayers and condolences go out to the friends and family in this time of loss.

Billy was a great friend whom I always enjoyed running into when I would return home to Bellaire. I will miss his friendly smile and firm handshake. We were good buddies while growing up together in West Bellaire.

Billy was one of a kind!

Chris, I’m so sorry for your loss.

Keeping you and your family in my

I wanted to extend my deepest condolences for your loss. What a great guy Bill was. I’m going to miss Bill. I remember talking to him after the Wheeling Island Casino. He always had a smile on his face. He never met a stranger. Rest in peace, Bill.

Even as we are composing this, it still seems unbelievable that this funny, crazy, fun-loving, loyal family man and friend is no longer with us. We loved watching him dance at all the weddings,hearing him cheer at all the Cross Country and Track meets and seeing the fun Steve and he had as “riding partners” going to school, and we admired the commitment he and Jan had for one another and for their sons and their families. A guy like him comes around once in a hundred years and his loss will be felt so much in our small, close-knit community of Bellaire. May all of you find some comfort in knowing that this man was truly respected, loved and admired by everyone he knew.

God bless Willie and your family. They are loved and in our thoughts and prayers. I wish I was able to be there to share the memories that I have with the Arno family. Deuces

Here in New Martinsville we are very sorry for your loss and send our deepest sympathies. May you find comfort in your precious memories. Bill will live forever in your hearts. Much love to all — Scott and Linda Hill

Our hearts are saddened at the loss of our friend and “Hero”. Your family has our deepest sympathy at the time. May God be with you all.

so sorry. bill was just the best. i will miss him too. god bless you all.

Jan and family…We are so sorry for the loss of a very special husband,dad,son, and friend…. an all around good guy. He will be missed by so many our thoughts and prayers are with you and the family in this time of loss.

We are truly sorry to hear of the passing of Bill. He was a great friend and neighbor to my mom & dad and the love and support he provided them will never be forgotten. Please know, that you are in our thoughts and prayers as you go through this dificult time.

We were shocked and saddened to hear this news. The world lost a great man and many in Heaven are rejoicing to be with him again. He was always there for everyone and left us with so many wonderful memories. Mom and Dad were very blessed to have had him in their lives and we are truly honored to have known him. You are all in our prayers. May God watch over you and comfort you.

With love and deepest sympathy,

Jan, Chris, Tony, Nick and families, My heart is heavy. I am so sorry to hear of your loss. My thoughts are with you as well of prayers of comfort during this time. He was a wonderful man and know that he will be missed.

We were so sorry to hear of the passing of your beloved Bill.

You and the Arno family are in our prayers and have our deepest sympathy. God bless you all.

Janis, & boys… No words seem to convey the sorrow many share with you having lost Bill. May God continue to bless you and comfort you, just as HE blessed you with so many wonderful memories to be forever in your heart.

Janise and family, We were so sad to hear of the passing of Bill. We will keep you all in our thoughts and prayers at this time.

May your memories of William L. Arno, give you peace, comfort and strength…

Rest now in the arms of our Lord your work on earth is complete.

I thank you for your service and my Freedom

You will not be forgotten. My thoughts and prayers are with the family of…..

My condolences to the entire Arno family. All the memories are imbedded in your hearts; may he rest in peace…God Bless you all

My Deepest Sympathies. Bill was a great man

My thoughts and prayers are with you all. Bill was a wonderful, caring and great man. I am glad to have known him and worked with him. He was always smiling, laughing and fun to be around. I am out of town for work and will not be home to attend any services, but I will be praying for comfort during this difficult time. Bill always did for others without expecting anything in return. He will be missed. God Bless.

One of the things I enjoy most about doing wedding videography is the great people you meet.

Mr. Bill Arno is one of those people. I loved doing Bellaire weddings because I knew as soon as the deejay would play “Mony, Mony” that Mr. Arno would rush the dance floor and do his own signature “gator” moves.

Mr. Arno, you were a man full of joy and you will be greatly missed.

I know that you are “gatoring” in heaven right now. Deepest condolences to all your great family and friends.

RIP my good friend! I pray for Janis and family!

Sending my condolences to the Arno family. Prayers for comfort and peace. Bill was a good man, who will be missed dearly.

Sincere condolences to Ann, Janis and sons on your loss, and to the extended Arno family of brothers and sisters. Our thoughts and prayers are with each of you.

So sorry to know the sadness you are going through. Stick together and know that we care.

So very sorry for your loss. Thoughts and prayers to all of you at this most difficult time. God bless!

Thoughts and prayers to the entire Arno family. So sorry to hear of your loss.

to jan and family

To the Arno family I am so very sorry for your loss. Bill touched many people and will be missed everyday. I went to school with Bill and if there is anything I can do please ask. I was Sandy Burton and lived in West Bellaire. My condolences to all of the family. May God Bless you.

To the Arno Family,

The Tuccio Family would like to offer our deepest sympathy for the loss of Bill. Bill was a great influence on all of us and he could always light up the room. I personally will never forget Bill as he helped mold me and Donnie in our early years. He was a great man, a great friend, and a great ‘big brother’. He is in a better place now.

To the Arno Family…..Your family is in our thoughts and prayers during this difficult time. From The Carpenter’s….Tara, Morgan, and Kade

What a great neighbor! Bill had a zest for life and enjoyed it to the fullest. He was always willing to lend a helping hand and would always leave you smiling.

Words can’t express how deeply saddened we are by the loss of Bill. He was an extraordinary family man and a friend to all. His ‘alligator’ talent will never be forgotten!! Our thoughts and prayers are with Janis and the boys as well as the extended family.