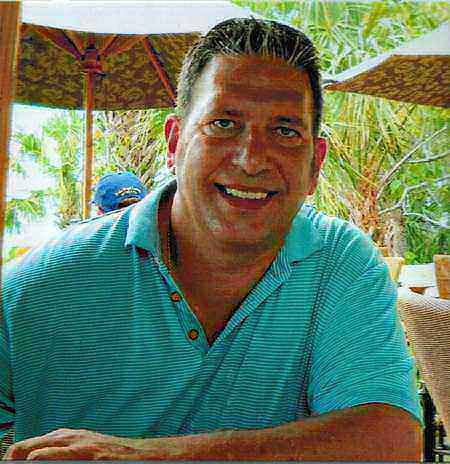 William Alexander “Bill” Shamouradian, 48, passed away, unexpectedly of a massive heart attack, on Thursday, September 12, 2013.
Bill graduated from Menchville High School class of 1983 and received an Associate Degree in Architecture from Thomas Nelsen Community College. He was owner/operator of Blue Mule Trucking in Ohio for 3 years, returned to Virginia and worked at marinas in Hampton and Florida. Bill returned to the trucking business in 2012 as an instructor with Shipper’s Choice Trucking Company.
Bill was a staunch Washington Redskins fan and delighted in NASCAR racing, strongly supporting Tony Stewart. He also loved the water and took such pride in his classic 13 ft. Chrysler Sailboat.
He was preceded in death by his father, Edward Alex Shahmouradian.
Bill leaves to cherish his wonderful memories, his mother, Dr. Betti Jean Shahmouradian; one brother, Edward Lawrence Shahmouradian; one nephew, Nicholas Alexander “Alex” Shahmouradian, all of Newport News; a grandmother, Dorothy Purdy of Ohio and many uncles, aunts, cousins and friends
A visitation will be conducted from 4 to 6 p.m. Sunday, September 15, 2013, at Altmeyer Funeral Home Riverside Chapel, 7415 River Road, Newport News. A Mass of Christian Burial will be held 11 a.m. Monday at Our Lady of Mt. Carmel Catholic Church, 100 Harpersville Road, Newport News. Burial will follow in Peninsula Memorial Park.
A reception will be held at the James River Country Club immediately following the burial. Memorial donations may be made to the Peninsula SPCA, 523 J. Clyde Morris Blvd., Newport News, VA, 23601.
Condolences to the family may be made at altmeyer.com

I know Bill will be Forever Remembered, Forever Missed.

We are at a loss for words during this sorrowful time. Please know that We are thinking of you, Eddie, Alex and praying for peace and comfort.

I was so sorry to read that you too have lost a beloved son as we did almost two years ago as you well know. You took good care of us and we thank you so much for that. We send our sympathy and may God be with you and your Family.

I was so sorry to hear of your loss. My thoughts and prayers are with you.

Our thoughts and prayers are with you at this time of terrible loss.

Betti Jean, my heart broke when I read the news about your son. Please know my thoughts and prayers are with you.

You have left this earth way too soon but God has plans for you that we dont understand.Go rest high on that mountain and watch over your 1983 classmates.

Please know that you are in our thoughts and prayers. We are deeply sorry for the loss of Bill. May you find strength, peace, and comfort in your memories.

Dear Betti Jean, Our thoughts and prayers are with you during this very difficult time. Your friends Ellen and Dennis

Dear Mrs. Shahmouradian, sending our love and prayers to you and family.

I am so sorry and shocked to hear of Bill’s death. He and I “talked” a couple of years ago on facebook and he seemed very happy. It is so sad…he was too young just like his dad was when he passed away. I am praying for him and his family. Rest in peace old friend.

My prayers and thoughts go out to you. I know Bill as we are both instructors but for different schools. He was a good man and a joy to be around.

So sorry for your loss and ours!! Prayers going up for all of his family and friends. Sending my love to all of you!