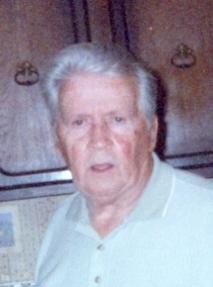 Wilfred A. “Bud” Boley, 82 of East Liverpool, OH died on Wednesday, July 17, 2013 at East Liverpool City Hospital following a lengthy illness. He was born in East Liverpool on September 2, 1930 and was a son of the late Nathan A. and Mary L. Judy Boley.

Living his entire life in this area, he worked in the Metallurgical Lab at Crucible Steel for over 25 years before his retirement in 1982. He was a 1948 graduate of East Liverpool High School and a 1956 graduate of the Ohio Valley Business College. “Bud” was a member of the First United Methodist Church where he was active in their choir, was on the Administrative Board and a trustee. He was an avid golfer, bowler and loved to pitch horseshoes. During the Korean Conflict he served with the United States Air Force.

Services will be held at the Calcutta Chapel of the Martin MacLean Altmeyer Funeral Homes on Saturday, July 20, 2013 at 1:00PM with Rev. Dale Sutton of the church officiating.

Following the service at the cemetery, the family will gather with friends for food and fellowship at the church.

The family will be present to receive friends at the funeral home in Calcutta on Friday, July 19, 2013 from 2-4 and 6-8 PM. Friends may also call on Saturday up until the time of the service.

Dear June, We were so sad to hear of the passing of Uncle Bud. Please contact me if you ever need anything at all! Love you!

June, Hal and I are so sorry to hear of Bud’s passing. He was a special man who I know will be missed by many.