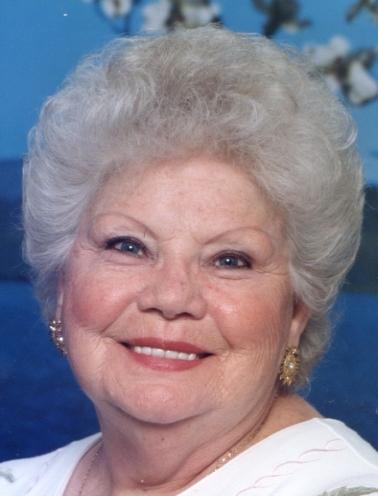 Wanda L. Melott-Volino, 82, died on Sunday, October 13, 2013 at UPMC in Pittsburgh, PA after suddenly becoming ill. She was born in East Liverpool on April 11, 1931 and was the daughter of Asa V. and Grace Roby Noland.

Living her entire life in the area, Wanda owned and operated Wanda’s Beauty Salon. She had worked as a Machine Operator for the Ferro Corporation, from which she retired in 1993. She had also worked at Wendy’s Restaurant as a hostess for over 10 years, retiring in 2013.

In addition to her Husband and Parents, Mrs. Volino was preceded in death by a son: Robert Melott; three brothers: Raymond “Buck”, Robert W, and Louis B. Noland as well as three sisters: Myrtle Doughty, Helen Duke Owens, and Eleanor Greathouse.

Funeral Services will be held at the Calcutta Chapel of the Martin MacLean Altmeyer Funeral Homes Wednesday at 11AM with Pastor Cody Berry of the Destiny House Assembly of God, in East Liverpool officiating.

Family will be present to receive friends at the Calcutta Chapel on Tuesday from 2-4 and 6-8.

My deepest sympathies on your loss. Your mother was a delight to know and always wore a smile for everyone who knew her. My thoughts and prayers are with you all during this difficult time. Sincerely, Joanie

My sincere sympathy is extended to all. You are in my thoughts and prayers.

Words will never do justice to how you made us feel. I will always miss you and your cheerful smile. I hope to see you again on higher ground.

Our thoughts and prayers are with you all. Cheryle, stay strong you are the one who always was….Joe