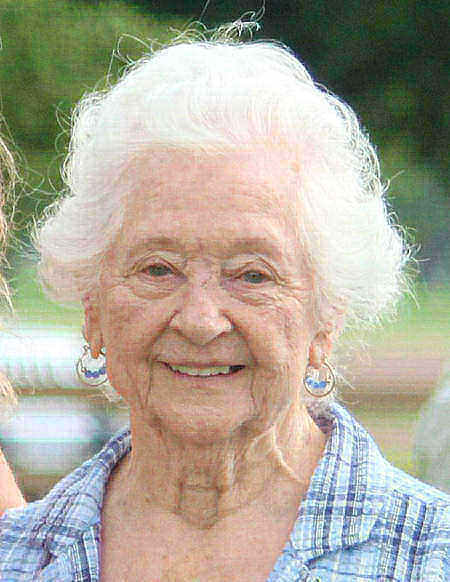 Chesapeake- Wanda Hutchinson Doss, 81, went to her heavenly home on September 24, 2013. She was born in the mountains of Fries, VA on June 24, 1932 to Walter Ray Hutchinson, Sr. and Blanche Emiline Roberts Hutchinson. Her family moved to Danville, VA, where she attended Schoolfield High School. After school, she went to work at Dan River Mills as a weaver and pattern picker. Meeting her husband and getting married brought them to Virginia Beach, where she became a lifelong resident.

For fourteen years, she was a stay at home wife and mother, spending many years as a Girl Scout leader and many more sitting on the bleachers of the baseball field of the Old Virginia Beach High school, where her and her husband coached and her son played.

Wanda went to work for the Treasurer’s Office and then on to Public Utilities where she retired after 20 years. She moved to Chesapeake, VA in 2008. Wanda was preceded in death by her parents, her husband of 55 years, Roy R. Doss, Jr., a brother, Carlon Hutchinson and a sister, Iris Wilkerson.

Left to cherish her memory are her daughters, Vickie Andrus Jim, Susan Jones Larry, and a son Richard Doss Maggie; Six grandchildren, Lisa Pait James, Ashley Morris Audie, Derick Feight, Tiffany Thomas George, Christopher Doss and Jacob Smith; eleven great-grandchildren, Tyler and Brandon Pait, Jordan Smith-Morris, Noah, Makayla, Kyle and Kaitlyn Morris, George, Christopher and Aaron Thomas and Kaydence Smith-Hathorn. She is also survived by her sisters, Doris Hankins, Lois Moss, Edith Hancock Dexter, Jr. and a brother, Ray Hutchinson Judy.
Wanda was a member of Beachlawn Baptist Church for sixteen years. Her life was full of love, hope, faith and prayer. A big part of her life was reaching out to those in need as was reflected on her license plate “RCHOUT”.

A funeral service will be Monday, September 30 at 12:00 noon at Altmeyer Funeral Home, Maestas Chapel, 1801 Baltic Ave., Virginia Beach. Followed by an interment at Princess Anne Memorial Park. The family will have a visitation Sunday, September 29, 2013 from 4-6PM at the Maestas Chapel.

In Lieu of flowers, you may make donations to Beachlawn Baptist Church or to Sentara Hospice, Chesapeake. Online condolences may be expressed at altmeyer.com.

Thinking of you all and praying for strength and comfort during this difficult time. She is breathing easy as she rests in the arms of the Lord. Be strong and remember all the good times. Love from Becky and Cheryl as well. Vickie- please keep in touch. In God’s Love, JoAnn Durham Ellington

I am so sorry to hear of Aunt Wanda’s death. I will miss our talks so much. We tried to talk at least every month or so. She was always there for our family and I know she kept us in her prayers as I did for her and you all. I am sorry that I will not be able to attend the services as I am still recovering from additional surgery. You will all be in my prayers and I will miss Aunt Wanda so much. Love and prayers, Linda

I am so sorry about the home going of Aunt Wanda. I always enjoyed when she called me and we had our talks. It is a comfort to know that she is now in Heaven and no longer in pain and bad health. I will miss her. My prayers are with all of you at this time. Please know that she was dearly loved by all.

I am so sorry to hear of Wanda’s passing. I pray for all of her loved ones to have strength and peace during this difficult time.

Wanda was such a good, kind soul. I worked with her for many years at Public Utilities. She made each day there happier with her beautiful smile. My favorite memory of her is back in the 1970’s, at the Neptune Festival, Wanda and her husband were dancing in the street. She was having such a good time. I remember teasing her and calling her GoGo Wanda. My prayers are with her family. She will be missed.