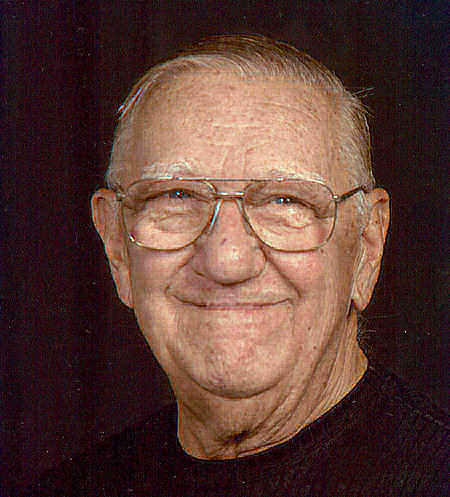 He was born on March 7, 1926, in Wheeling, a son to the late Vincent R. and Rose Grossi Villanova.

He was a graduate of Wheeling High School class of 1943 and received his teacher certification from Fairmont State College. He was the automotive teacher at Wheeling Park High School until retiring from the Ohio County Board of Education in 1991.

He was a well known musician who spent much of his adult life with the Vince Villanova Band. He was a life member of the American Federation of Musicians Local # 142, and a member of the Short Circuit Club of Wheeling.

He loved spending time with his children and their families and also those special “family dinners”. He loved meeting his friends at McDonald’s in the morning. He also enjoyed music, woodworking, crafts, and sitting on the deck doing word search puzzles.

In addition to his parents, he was preceded in death by one brother, Donald Villanova, two brothers-in-law, Albert Bucon, and Paul J. Otte, and one sister-in-law, Helen Ann Wilhelm Kirksey.

Friends will be received on Monday, August 5, 2013 from 2-4 and 6-8 pm at the Altmeyer Funeral Home, Elm Grove Chapel, 154 Kruger Street, Elm Grove. Mass of Christian Burial will be celebrated on Tuesday, August 6, 2013 at 10 am at St. Vincent de Paul Catholic Church with Rev. Gary Naegele as celebrant. Interment will follow at Mt. Calvary Cemetery, Wheeling.

Online condolences can be expressed to the family at altmeyer.com

Always a happy and positive person! Touched my life as a student at Union High School late 60’s Enjoyed his music knowledge and talent. Will always be remembered.

Dear Villanova and Maloney families, I am so sorry to hear about Vince. He was such a cheerful, happy soul! I know you have wonderful memories to sustain you now, which will grow sweeter with time. Please accept our sincerest condolences. Diane and Dan Baker

You were one of a kind. We love you to the moon and back. Thank you for being the special man and grandfather you always were. We will forever miss your special stories and that amazing smile. Donnie

Wouldn’t be half of who he is without

you and your amazing influence.

We love you and will miss you everyday.

Your grandson Donald, and Amanda

I am so sorry to hear of Vince’s passing. For years, I had the privilege of playing saxophone in his big band. I loved Vince! He was such a kind and caring person who always had a smile for everyone. Vince will live on in many ways including the band which still carries his name.

I love you Pappap. I miss doing crosswords with you and whistling over the phone like birds. I miss you putting your hand over my mouth when I was little to make me talk funny and tickling me so much. I know you’re in a better place now and I know you’re looking over us. I miss you. XOXOXO

I taught with Vince at Union High back in the late 60s. A great friend then, and he was a wonderful mentor to a new teacher. Always had that nice smile.

May the love of God surround you and your family during this difficult time May you come to know that the love of God is with you always, may your memories of Vincent L. Villanova give you peace, comfort and strength…

Mr. Villanova was a remarkable example of how to be a man. I had him for auto mechanics 6 out of 7 periods my graduating year of 1991.He was monumental in shaping the lives of young men. I want to thank him for instilling personal responsibility, honesty, and character into his students. I was one who definitely benefited from his years of teaching. thank you Mr. Villanova for being the shaping and molding of young people for all the years you did, it made a difference. You were the best. To the family, may the comfort and peace be upon you going through this difficult time. I can only imagine how difficult it must be, but know this you definitely enjoyed the life of a great treasure from the Lord. God bless.

MR. VINCE’S SMILE WILL SURELY BE MISSED AT McDONALD’S IN THE MORNINGS.I WILL MISS THAT KISS ON THE CHEEK,HIS SMILE AND WARM MORNING GREETING.IT WAS A BLESSING TO HAVE HAD HIM IN MY LIFE!MY PRAYERS GO OUT TO THE FAMILY.

Our deepest sympathy from Friends of Don & Becky

Rosemary & family,I’m sorry to hear of Vince’s death. You were such great neighbors to Mom & Dad Sophie & Jim I will have prayers said @ my church, Queen of Peace.

I just loved Vince he was a customer that was just so cheerful and friendly. Even though he wasn’t himself later on…he always made me smile….he will truly be missed….I hope you take comfort in knowing he is at peace….god bless him…and you….your pharmacy friend from Walmart

SO SORRY FOR YOUR LOSS SENDING HUGS AND PRAYERS. PEACE AND LOVE TO ALL OF YOU

This man taught me so much more than auto mechanics..He taught me how to be a man in the world of hard knocks. I loved him as a teacher and a great man.. he was one of a kind.. MDTA-Class of 1965 I was his #1 student..

VINCE ALWAYS HAD A SMILE ON HIS FACE….A REALLY GENUINE GUY…I REMEMBER HIM AT THE ESQUIRE. WE WILL HAVE GOOD THOUGHTS FOR YOUR FAMILY…BEST REGARDS

We are so sorry to hear about Vince. Your family are in our thoughts & prayers.

Hi Dad,
Just wanted to stop by and say I miss you every day. Tell Mom I love and miss her as well,