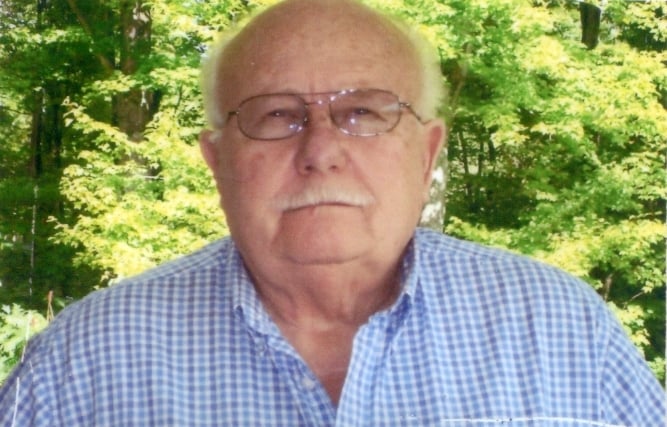 Vernon was born in Cleveland OH on May 8, 1934, a son of the late Fred and Elizabeth Becker Pfiller. Having lived most of his life in the area he was a graduate of Salineville High School. Vern was a veteran of the United States Marines, having served in the Korean War. He worked as a Sales Rep for Western and Southern Life, from which he retired in 2009, and worked at Wal-Mart for 10 years. He was on the Regional Planning Commission in Lisbon, served 9 years as a Salineville Councilman, was a former member of the Salineville Fire Dept, and was a member of Clarkson Presbyterian Church. Vern also enjoyed traveling, hiking, and riding motorcycles.

In addition to his parents Vern was preceded in death by a sister Elinor Hays.

Funeral Services will be held at the Calcutta Chapel of the Martin MacLean Altmeyer Funeral Home on Tuesday February 18, 2014 at 6 pm with Janice Reed, of the church and Jan Douglas former pastor of the church officiating.

Family will be present to receive friends at the funeral home, one hour prior to the time of service.

Just heard about Vern. So very sorry for your loss. You are in our prayers. Let us know if we can do anything.

May your memories of Vern F. Pfiller, Sr., give you peace, comfort and strength…

Rest now in the arms of our Lord your work on earth is complete.

I thank you for your service and my Freedom

You will not be forgotten. My thoughts and prayers are with the family of…..

My thoughts and condolences go out to Janet and family.

So long Peanuts, may you rest in peace.From an old high school friend. Many good memories.

To my Aunte Janet and family I send my condolences. I always remembered Uncle Vern’s motorcycles and how he loved to ride! Rest in peace Uncle Vern.