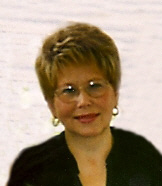 Anderson, Vera Frances, 54, of Moundsville, WV, died Sunday, February 10, 2008 at home.
She was born March 29, 1953 in Glen Dale, WV, the daughter of the late Frank & Anna Cetkosky, her beloved parents.
Vera was an employee of Wheeling Jesuit University, Altmeyer Funeral Home & was a hairdresser. She was a member of St. Francis Xavier Catholic Church, and the Polish American Club. She had a great pride for her Polish heritage and traditions.
In addition to her parents, she was preceded in death by her brother, Daniel R. Polus, in 2001; a sister-in-law, Nola Brunner, in 2005, and a great nephew, Andy Tunny, in 1990.
Her loving family, who stood by her side and cared for her throughout her fight with cancer, survives her; husband, Donald Lee “Andy” Anderson; daughter, LeeAnn Marie Anderson at home; three sisters, Diana Merle Kelsey of California, Millie Ken Good of Indiana, Susan Jose` Rivadulla of Virginia; a brother, Andrew Brunner of Indiana; seven nieces, Dawn, Kimberly, Debbie, Linda, Lori, Becky and Wendy; three nephews, Michael, Che and Roberto, and their spouses; several great-nieces and nephews; three stepsons, Donald L Hope Anderson Jr., Ronald Scott Anderson and James Stacey Anderson; two-step grandchildren, Bryan and Casandra, all of Reader, WV.
Love and thanks to sister, Joan and Henry Crebs and family; loyal and dear friends, Betty Flanagan, Rhea McCoy, Beverly Bradley, Walter and Eugene Kowalik, James Beveridge and Rudy Conti. Remember me when it snows.
Friends will be received from 1-9 pm Tuesday at the Altmeyer Funeral Home, Lutes & Kirby-Vance Chapel, 118 Grant Ave., Moundsville, where a vigil service will be held at 4:00 pm.
Mass of Christian Burial will be celebrated at 10:00 am Wednesday, February 13, 2008 in St. Francis Xavier Catholic Church, Moundsville.
Interment in McMechen Cemetery.
Online condolences may be offered to the family at altmeyer.com.

“Cheers” Aunt Vera to all the amazing moments spent with you; for the New Years Eve party you threw for Mike and I when we were little, to the snow filled days spent together in WV in the backyard when Mike and I were younger, to the hours spent in your salon area in the back of Grandma’s house where you would make my hair look pretty, to Train/Santa Night in 2006, to our day in Venice Beach, and so much more! I cherish the bracelet and necklace you gave me at my baptism and you are my inspiration to be the best Aunt and Godmother that I can be to Madison. I am so glad you were able to meet my husband John, and that you approved! ; You will be missed, although I know you are still here with us.

We love you more than any words can ever express,

I just finished viewing your beautiful tribute to a wonderful lady. I first met your mom when I visited McMechen with your Aunt Dian around 1965. I’ll always remember her smile, her giggle, and her pretty red hair.

She will be greatly missed by the many people who loved her.

I was saddened to hear of Vera’s passing. I haven’t seen or talked to her in quite some time, but I will always remember her as a very caring and loving person, her thoughtfulness of others, and always smiling face. My thoughts and prayers go out to her family.

I am so saddened to hear of Vera’s passing. She was so dear to my family when my girls were little. She helped clean my house while I worked full time. I loved talking to her, seeing her beautiful smile, and hearing all of her stories. I never met her husband and daughter but she had so much love for them. You could see it on her face everytime she talked about them. My daughters would come home from school so excited after “Miss Vera” cleaned to find their beds all tucked in beautifully and their stuffed animals displayed perfectly and wrapped in blankets. You are in my family’s thoughts and prayers. I know that heaven has a bit more sparkle now that “Miss Vera” is there.

I only met Auntie Vera once, but she had a warmth and kindness that made me bond with her instantly. I felt an overwhelming comfort and love being in her presence that I still feel to this day. So it is my deepest condolences that go to you all, Auntie Vera’s family and friends… Love, Amy Dawn’s friend

I just want to let you know that my thoughts and prayers are with you and your family in this time of loss and mourning.

LeeAnn, All my thoughts and prayers are with you and your family. I fondly remember your Mom at all of our band events and always ispirational for the MJHS flag corps. If there is anything I can do to help, feel free to call on me.

LeeAnn, I am so sorry to hear about your mother. Vera was such a special person; just take comfort in knowing she is now home with God and looking down on you and your family with no more pain and with an eternity of happiness. One day eveyone will be together again rejoicing in wonderful memories of love. We will then know why we live life on earth in order to come to the day we meet our creator and live an eternity in heaven. Love and condolences for you and your family and friends.

“But now in Christ Jesus you who once were far away have been brought near through the blood of Christ” EPHESIANS 2:13

My prayers are with the Anderson family and extended family. I graduated in the same year from BDHS as Vera, who is remembered fondly.

We will miss our dear Aunt Vera do much! What a wonderful person she was and how much she was loved by all!! We love you Aunt Vera!!