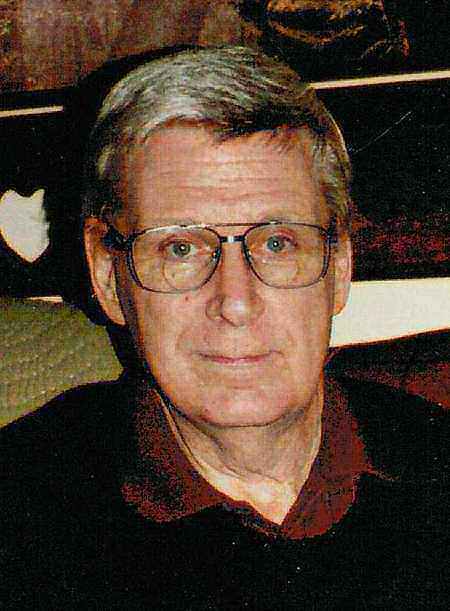 Thomas Wayne Crabtree is now in the near presence of his Lord Jesus Christ. He was born at Sacred Heart Hospital, Cumberland, Maryland, on December 15, 1946. The son of Alfred and Alice Catherine nee Arnold Crabtree, he was preceded in death by his parents and siblings James Wright, Jane Ann Washington, Donna Kinney and Rebecca Olson. Thomas was a graduate of Allegany High School and Allegany College of Maryland. He is a veteran of the United States Army, having served honorably in the United States and overseas in Germany in the 3rd Armored Cavalry as a tank commander. He was employed for more than two decades by the Christian Broadcasting Network, Virginia Beach, where he served as a Senior Graphic Artist. Prior to his CBN employment and upon returning from his military duty, he received specialized training in newspaper printing and was employed by the Cumberland Times-News. With his wife Mara, Thomas was affiliated with The Communion of Evangelical Episcopal Churches. In Cumberland, Maryland, and in Virginia Beach churches, he previously served in various capacities as a choir member, church board member, Sunday school teacher, youth basketball coach and actively served in other ways. Thomas was a member, for over twenty years, of the International Order of St. Luke, a Christian organization devoted to the ministry of healing. He was active in attending Tidewater Chapter OSL meetings, mission events and United States Region 2 OSL Conferences, participating in ministry and prayer for others through the service of that organization
He is survived by his wife of nearly 41 years, Mara L. Crabtree, and by siblings Marion Crabtree, Garland Crabtree, Deborah Crabtree, and numerous nieces and nephews.
The family will receive friends at Altmeyer Funeral Home Southside Chapel on Wednesday June 12, 2013 from 5 pm – 8 pm. An interment and memorial service will be announced at a later date. Please visit www.Altmeyer.com to leave a note to the family.

I was so saddened today to hear of your tremendous loss. I remember so fondly the OSL meetings when Tom always added a touch of light-heartedness to our group. I know that you are comforted by our Lord Jesus Christ and the knowledge that Tom is now safely in His wonderful, loving arms. My prayer for you is that you will lean not only on our Lord, but on your many, many friends and family who care so deeply. I have missed you both so much as our lives went in different directions these past few years, but your deep love of the Lord and each other will always be one of my fondest memories. You both “beamed” with the love of Christ in all you endeavored to do.

If ever I can be of support, please do not hesitate to contact me!

I was shocked when I got the news about Tom. My heart goes out to you for your loss. My prayers for you will be constant as you grieve for your loved one. As we rejoice that Tom is in the presence of our precious Lord, our Father knows our grief. May He fill you with His peace and comfort. Love, Ellen Belfi

Dr. Crabtree, I am deeply touched by the passing of your beloved husband. The gentleness, humility, and strong spiritual presence he displayed before all of us at Shrine Mont will forever be cherished. May the God of all grace be with you; comfort and strengthen you during this time of grief and the days thereafter.

His absence is already felt, but I am comforted in knowing that we’ll celebrate together again in the presence of our Lord.

My prayers and love are with you all. May God give His strength and grace during this difficult time.

I met Tom over 40 years ago at the wedding of he and my first cousin Mara. He always had kind smile and gentle nature about him. This wonderful gentleman will be greatly missed by our family and all who knew him. Our sincere and deepest sympathy is with you Mara and Tom’s family. May God console and comfort you at this time of great loss.

You have blessed our lives so much in the short time we have known you. You have demonstrated the love of Jesus. Even though we didn’t get to meet Thomas, we feel like we know him through you. He must have been a wonderful person who loved the Lord and loved you! We are praying for you. May the love and comfort of Christ fill your heart, mind and soul and may you know how much Jesus loves you. We love you, too. Love, John and Sonja Struzzo

We are praying for you from here in Atlanta.

As family we all have a special place in our hearts for everyone- that place is now empty with uncle Tom departing.

This world will miss his kind and gentle spirit and his genuine care for the least of these.

However, we are consoled by the knowledge that he is now comforted in the arms of Jesus with the words that we each hope to one day hear ‘Well done my good and faithful servant enter into the joy of the Father”.

You are in my thoughts and prayers I am so sorry for your loss.Tom Always brought such joy into my office and focus on making things better in any given situation.The Fruits of the Holy Spirit surely reigned in his life. He always allow the Holy Spirt to place him in the right place at right time. He was such a blessing and his friendship and delightful personality will truly be missed

My prayers and thoughts are with you and your family during this time of great loss. Sweet spirited “Crabby” always quick to crack a joke is greatly missed.

May God comfort you.

Our thoughts and prayers are with the family. Tom was a wonderful person and will be missed by his friends and his wife, Mara.

Tom or “Crabby” as he was known in TV Marketing at CBN was one of the most kind and gentle men I have ever met. With his quiet humor, Crabby was always a tremendous encouragement to me, especially when I first started at CBN four years ago. When I was taking myself too seriously, suddenly his twinkling eyes would peek over the top of my cubicle, accompanied by some teasing comment. Even when he had to cover the 7 a.m. production meetings, he still managed to have a smile especially if I brought him a treat . Although I now live in Florida and cannot attend his viewing, I wanted you to know what a blessing he was to me. You have my prayers as you and your family go through this season of grief.