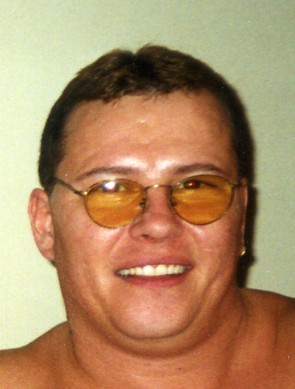 Pethtel, Thomas Samuel Jr., 38, of Wheeling, W.Va., died Wednesday July 14, 2004.
He was born in Wheeling on November 21, 1965, a son of Thomas S. Pethtel Sr., and Carol Marie McFadden Pethtel.
He was preceded in death by a brother, Charles Pethtel.
Surviving, in addition to his parents are his wife Crystal Bumgardner Pethtel, daughters: Courtney and Tara Brothers; Brooklynn Nesbitt, Tabitha Pethtel and a son, Thomas S. Pethtel III; a sister, Betty Pethtel Nice and her husband Douglas, a brother, John Pethtel and his wife Francine, several nieces and nephews, all of Wheeling.
Friends will be received Monday July 19, 2004, from 1:00 until the time of services at 3:00 p.m. at the Altmeyer Funeral Home, 1400 Eoff Street, Wheeling, W.Va. Interment will be private and at the convenience of the family.

He will be greatly missed.

I am so sorry to hear of his passing. Please Know the family is in my prayers. I lost my mother a year ago and I know the loss of a family member is so hard to accept, just be strong. Crystal I know he was the love of your life just be strong I am so sorry!

Tommy i miss you everyday…. your smile your jokes & everything about you… you were taking far to soon !!!!