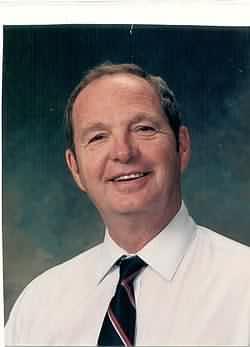 he will lie in state from 8 AM until time of Mass at 10:00 AM at St. Joseph Cathedral, Wheeling.

he will lie in state from 8 AM until time of Mass at 10:00 AM at St. Joseph Cathedral, Wheeling.

He was born November 26, 1936, in Parkersburg, WV, a son of the late Gale Schell and Mary Carroll Schell.

He was a graduate of St. Mary’s, WV High School; Glenville State College with a bachelor of arts degree; and WV University with a master’s degree in counseling and guidence.

He was a former teacher and coach in Wood County, WV, a former guidence counselor at Great Mills High School, Maryland. He was also employed for 26 years by the Marshall County Board of Education, where he was director of Pupil Personnel Services; he was past director of Parent and Family Counseling Center in Juneau, AK; and at the time of his death, he was employed as the career counselor at Central Catholic High School, Wheeling.

He was a member of St. Francis Xavier Church, Moundsville; a member of American Guidence Association; WV Education Association; a lifetime member of Marshall County Animal Rescue League; a former director of the WV Blind Camp.

In addition to his parents, he was also peceded in death by several aunts and uncles.

He will lie in state from 8 AM until Funeral Liturgy at St. Joseph Cathedral, Wheeling, with the Rev. James LaCrosse S.M. and the Rev. Ronan Deegan T.O.R. as concelebrants.

Beez and the entire family,

Tammy and I would like to express our sincere sympathy to you all. You are in our thoughts and prayers, as we send our condolences for the loss of your father and loved one. We are thinking of you and please know we are here for you…if you need anything at all. Very sincerely! Linda and Tammy

Well, now I see where you got your love of fun and frolic…your father sure looks like he loved the same. Much love and sympathy to you my friend. You all fought long and hard. Now is the time for rest. I wish you comfort in your memories.

I was sorry to hear of your loss and wish you the strength and memories to continue on.

There never was a heart truly great or generous that was not also tender and compassionate.

You’ll always be in my thoughts and prayers.

I am very sorry for your loss. I had the good fortune to meet Beez’ dad at

her graduation. Please know that all of us here at TWU think the world of Beez and

have you all in our thoughts.