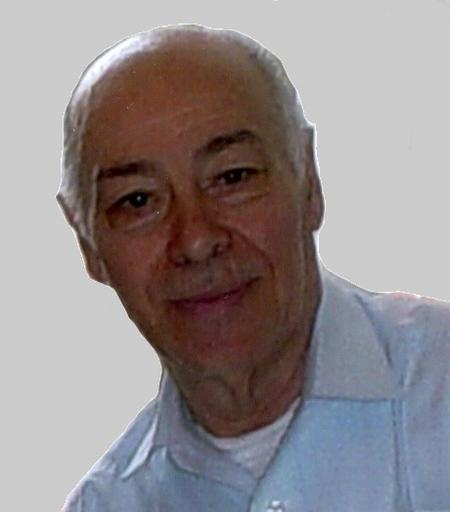 DONZELLA, Thomas Giuseppe 67, of Finch Avenue, Wheeling, died Thursday, September 23, 2004 in Wheeling Hospital.
Tom was born January 3, 1937 in Monteparano Taranto, Italy, a son of the late Gaetano and Maria Sponziello Donzella. He was employed at DiCarlo’s Pizza for 31 years, was the former owner and operator of Tom’s Famous Pizza, Wheeling, and was currently employed at Wheeling Downs Racetrack.
Surviving are his loving wife of 47 years, Norma Tyler Donzella of Wheeling; two sons, Thomas Gaetano Donzella of Triadelphia and Michael Richard Donzella and his wife Lori of Wheeling; a sister, Rose Calcagno of Wheeling; two brothers, Dominic Donzella and his wife Pietrina of Wheeling and Joseph Donzella and his wife Patty of Wheeling; four grandchildren, Michael, Tommy, Candice and Danielle Donzella; and nieces and nephews, Anna, Sonia, Guy, Michael, Joe and Teresa.
Friends will be received from 12 Noon to 3 and 6 to 8 pm on Sunday at Altmeyer Funeral Home, 1400 Eoff Street, Wheeling, where a vigil service will be held at 7:30 pm Sunday evening. Funeral Liturgy with Mass will be held at 12:05 pm Monday, September 27, 2004 at St. Joseph Cathedral, Wheeling, with the Rev. Larry Dorsch as celebrant. Interment in Mt. Calvary Cemetery, Wheeling.
The family suggests that memorial contributions be made to a charity of the donors choice.
Online condolences may be expressed to the family at altmeyer.com

As I read the Saturdayís obituaries I was sadden to see that a good friend Tommy Donezells had passed away. As an active member and past president of the Fraternal Order of Police Wheeling Lodge #38 I want the family to know that in the history of our Lodge there has been only been 6 honorary members. Tom was one of the first members of this community to be honored. I would like the family to know that we were the ones honored to have Tom as a member.

When I was just a young boy my grandmother told me that in life you will make a lot of friends. She went on to tell me that out of those friends you will be lucky to just have a couple of what would be considered good friends. Tom was one of those friends and I was the lucky one that could call him a good friend.

Tom will be sadly missed.

I was honored to be a part of Tom’s final days. It was edifying to see how well you all loved him. I regret that I cannot attend the funeral Mass at St. Joseph’s Cathedral on Monday, I have Mass at the hospital chapel at that same time, but be assured of my prayers for you during this time of sorrow. I will offer Mass for Thomas’ eternal rest.

God bless you, it was good to meet you all.

I have known Tommy since I was a little boy at the pizza shop and lately as a co-worker at the track. Tom will be missed by all.

Thomas was a really good man,I learned alot from Him at My place of employment & give My deepest sympathy to His entire family in these trying times of life.

Tommaso was my father-in-law and I still think of him as a very dear friend. He was an excellent grandfather to Tommaso and Danielle. I know he will be missed greatly.

Tommy was a very special friend to everyone that knew him. We will miss him deeply. He now can be our Security Guard in heaven.

Tommy, We were so sorry to hear that your dad passed. I just heard this morning or you know I would have been there. Please let us know if you need anything. Erv