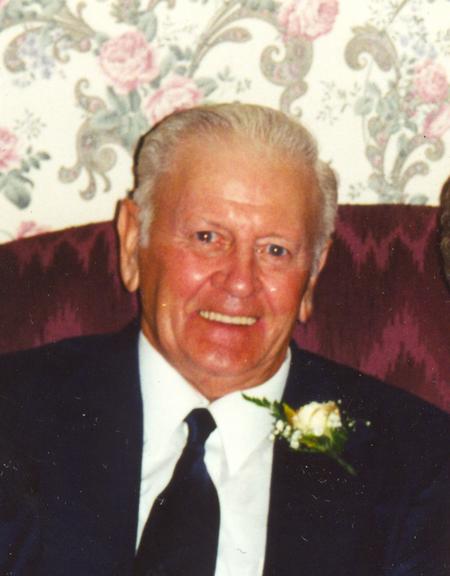 Following graduation, Tom enlisted in the U.S. Army and after basic training, was a member of the Occupation Forces in Japan where he served in the Medical Corps. He returned from Japan December 27th, 1947 and resumed employment with the Pennsylvania Railroad. Several years later he was employed by Crucible Steel Co. in Midland working on the A & P Lines for 28 years, retiring in 1983. He was a Lifetime member of the V.F.W. and a former member of the Wellsville Elks.

Tom was, in his lifetime, a willing helper to friends and neighbors who might have needed a hand with plumbing, electrical wiring, or carpentry.

He is survived by his wife, Wanda Sayre Hanlon, who he married August, 28, 1948. One son, Thomas L. Hanlon and his wife, Jean, of Atlanta Georgia, one daughter, Martha Jane Young and her husband, Ken of Cortland, Oh. Three grandchildren, Matthew Hanlon of Atlanta, Georgia, Heather and Michael Young of Cortland, Ohio and two brothers, Walter Hanlon of East Liverpool and William Hanlon of Wellsville.

In addition to his parents, Tom was preceded in death by two sisters, Ann Green and Mary Hanlon.

Services will be held at the Wellsville Chapel of the Martin MacLean Altmeyer Funeral Homes on Wednesday, December 20, 2006, at 11:30 AM with Rev. William Betteridge of the Riverside Church officiating. Burial will follow in the Spring Hill Cemetery.

Memorial Contributions may be made to Riverside Presbyterian Church, 525 Riverside Avenue, Wellsville, Ohio 43968