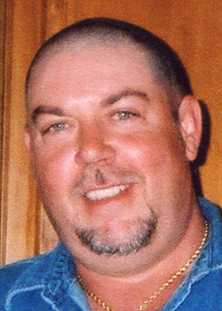 Terry A. Six, 48 of Columbiana-Lisbon Road, Columbiana, OH died at his residence on Sunday, December 23, 2007 following a brief illness. He was born in Weirton, WV on April 17, 1959, a son of George H. Six of New Middletown, OH and the late Shelby J. Barnhart Six.

Living most of his life in this area, he worked as a press operator at Humtown Products in Columbiana last working on November 3, 2007.

Besides his father, his wife, Cindy Lou Flannigan Six at home; a son: Brandon Six of Columbiana, OH; a daughter: Casandra Cook of Boardman, OH and two grandchildren survives him.

Besides his mother, a sister: Debra Six preceded him in death.

Services will be held at the Calcutta Chapel of the Martin MacLean Altmeyer Funeral Homes on Thursday, December 27, 2007 at 11:00 AM with Rev. Michael S. Adams of the West Point Church of the Nazarene officiating.

Working with the two of you was my pleasure you always were the perfect couple always working together and a lot of fun to be around Terry made a home in your heart and will always be with you forever.

My deepest respect and Christian Sympathy

I’m sorry for your loss.

Always cherish the good times,He’ll always be there with you.

I am sorry for your loss. I know that there were no two people who loved each other as much as the two of you and that he will always be with you.

Cindy, I am sorry for your loss, I know how hard this time is for you, You are a strong woman. You are in are prayers. Barbara and family