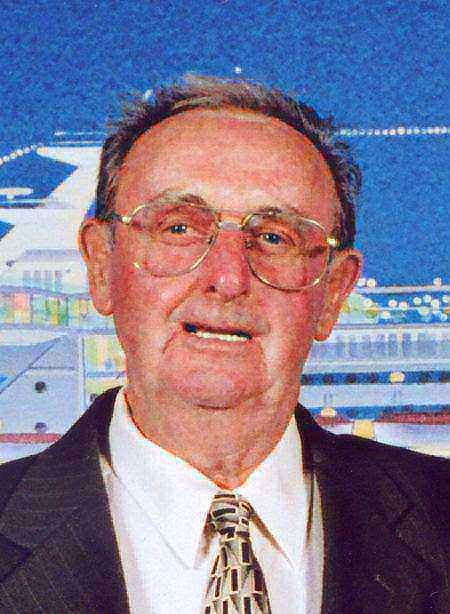 He was born in Glasgow, Scotland on February 20, 1929 and was the son of the late James and Annie Aird Bilsland.

Mr. Bilsland, living in Wellsville since 1965 worked as an electrician for W. H. Sammis Plant. He graduated from high school in Scotland, belonged to the High Stack Club and enjoyed spending time at his cottage on Lake Erie.

He is survived by his wife, Cecilia Symington Bilsland. They were married July 30, 1955 in Canada. A son, Stephen J. Bilsland and his wife, Cindy of Salinevile, OH and a daughter, Lynne Anne Penneton and her husband, Craig of Estero, FL also survive him.

Memorial contributions may be made to the American Cancer Society or Southern Care Hospice, 5401 Ashley Circle, Suite E, Austintown, Ohio 44515

‘Uncle Steve’ as we called him will be missed very much. I vividly recall the time spent with him in Ohio when I was very young with my gran and mother and got to know him well in a short space of time. I’ll always remember him from that time. I’m sure he’s now talking to gran about that time too!

Celia and Family: Our deepest sympathy. I always enjoyed talking to Steve up at the lake and will miss having conversations with him. He was a great neighbor to have on Olive Drive. Tom and Deb Maley

Dad fought hard against his cancer, but now he is in a better place. He loved nothing better than tinkering, even in his hospital bed, he was still tinkering, trying to figure out a better system to hold the remote control. I will miss him so much, but I have lots of great memories to hold onto.

I am so sorry to hear about Uncle Steve. I always remember being so excited when I heard he was coming to visit Scotland. He was such a nice big easy going man and it was lovely knowing him.

I was so sad to hear of Mr. Bilsland’s passing. I fondly remember your family’s hospitality when I stayed over night at your house or went to the cabin with you. He was a kind, loving, and generous Dad, husband, and friend. My prayers are with all of you in this time of sorrow. God bless you.

So sorry to hear about Uncle Steve-our thoughts and prayers are with you all at this difficult time.

Steve was a very thoughtful person. Loved his family very much. We will all miss him terribly. He tried so hard to beat this cancer.

Steve was my favorite Uncle. I always remember him in Canada coming over at weekends in his red fire engine car. Glad he is now at peace. He will be sadly missed by all who knew him. Lots of love from his niece.

Very saddened to hear of the passing of ‘Uncle Steve’. Even though he was my gran’s brother, he was known as our Uncle Steve. I only have small memories of him, but he was one of my Gran’s favorite brothers. I’m sure they are now both exchanging stories as we speak. Rest in peace Steve!

When I first met Steve he new little to nothing about me but accepted me simply because his daughter loved me.This was the man Steve was to me. Our lives were enhanced by him, diminished by his loss and blessed by the memory of him.