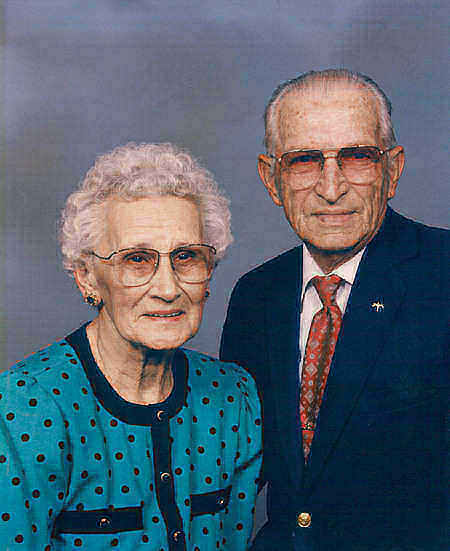 Stella was born May 13, 1920 in Stewartsville, Ohio a daughter of the late Joseph and Mary Hoychek Kubic.

Family and friends will be received from 2p.m. – 7p.m. on Sunday September 1, 2013 at the Bauknecht-Altmeyer Funeral homes and Crematory 441 37th Street Bellaire, Ohio. Funeral Liturgy with Mass will be held 11 a.m. on Monday September 2, 2013. at Sacred Heart Catholic Church Neffs, Ohio with Fr. Daniel Heusel as Celebrant.

Sorry I cannot attend your Mother’s funeral. My prayers will be with you, I am out of town working.

Dear Nancy and family members: I was so sorry to hear about the death of your mom. We send our deepest condolences and sympathies to your extended family now and in the future months and years to come. Losing a parent is so hard, even though it is a natural process that all of us have to face. God bless and give you strength.

Nancy&John:our prayers and thoughts are with you at this difficult time.let us know if you need anything. Ray&Linda Wise

To John and Nancy,

Our sincere condolences and prayers to you and your other family members. May your faith give you strength; your memories give you comfort, may God’s love give you peace. God Bless.

To Nancy and family,

I send my condolences on your loss.

Mothers are special to us because they are there first, last, and always. My mother passed away last year and I finally got to say my farewell to her last week when I traveled to Clarington to visit the gravesite. Now I ask God to give you strength to get through your time of need and help you move on knowing that your Mother is looking down on you until she calls you home to be with her once more.

She will always be there watching over you as you raise your family and continue to make her proud.

God bless you and your family.