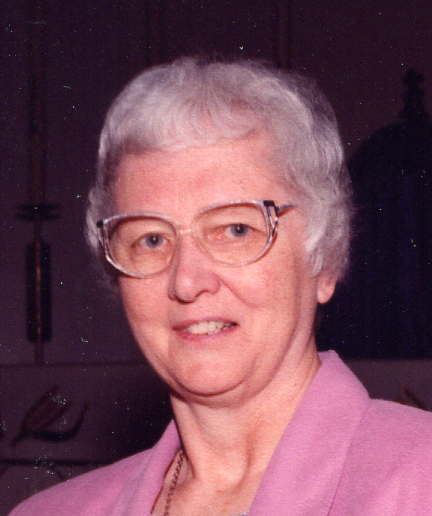 Sister Regina Cecilia Haggerty, daughter of the late James and Catherine Carey Haggerty, was born in Brooklyn, New York, on February 21, 1927, where she was baptized and received the name of Anna Regina. She died at Wheeling Hospital on January 22 in her 81st year.

Sister Regina’s family returned to Ireland in 1932 and she received her elementary education from the Sisters of Mercy in Moville, Co. Donegal, and secondary education at St. Brigid’s in Callan, Co. Kilkenny. She first came to the Congregation of St. Joseph in Wheeling on February 19, 1946, and entered its novitiate on August 19 of that same year. Two years later on that date she made her first profession of vows of poverty, chastity and obedience.

Sister Regina Cecilia earned a Bachelor of Science in Education from Duquesne University in Pittsburgh and a Master’s Degree in Religious Education from Fordham University in New York. She served as principal and/or teacher in elementary schools of the Wheeling-Charleston Diocese for more than twenty years. During that time she taught at St. Anne School in Bristol, VA; St. Agnes in Charleston; Blessed Sacrament in South Charleston; St. Mary and St. James in Clarksburg; St. Peter in Fairmont; Sacred Heart, Corpus Christi and Cathedral Grade School in Wheeling. After receiving her MRE from Fordham she was director of religious education at Blessed Trinity Parish in Wheeling.

From 1978 until 1998 she served within the Congregation of St. Joseph as Director of Formation after which she became a special minister to the aged and infirm sisters at Mount St. Joseph. Subsequently she ministered as Coordinator of the Mount. From 1998 until her sudden death she continued to offer prayer support and community service among the sisters at the Mount.

In addition to the members of her congregation, she is survived by her brother, Michael Haggerty and his wife, Florence; a niece Kathleen Wernecke and her husband Jay; a nephew, James Haggerty; and several cousins.

Family and friends will be received from 1:00 to 9:00 p.m. on Thursday, January 24, at Mount St. Joseph, 137 Mount St. Joseph Road, Wheeling, where Vigil Services will be held at 7:00 p.m. Mass of Christian Burial will be celebrated at 10:30 a.m. on Friday, January 25, in the Mount St. Joseph Chapel with Rev. Walter Buckius, SJ, as celebrant. Interment will be in the Sisters of St. Joseph section of Mount Calvary Cemetery.

Sister Regina Cecila was my sixth grade teacher at St. Peter’s School in Fairmont, WV, for the 1949-50 school year. She has always been and always will be my favorite teacher. She was so kind and considerate to all of us. We all thought how beautiful she was with that wonderful Irish accent.

St. Peter’s School will be having a reunion in August. I know that everyone will be remembering her and how much she meant to all of us.