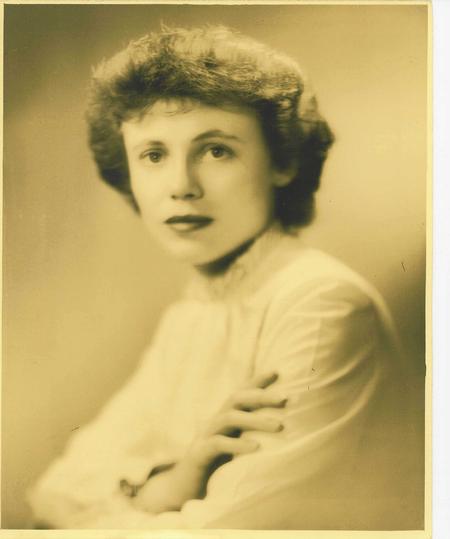 VIRGINIA BEACH—- Shirley W. Armstrong, 84, of the 5100 Block of Lake Shores Rd. died peacefully in her sleep on Sept.27, 2002.
Shirley was born 1918 and raised in Kaukauna, Wisconsin and graduated from Lawrence University. She was predeceased by her first husband, Ensign Sylvester Hopfensperger, USNR, a naval fighter pilot lost in the Pacific in 1942, and her second husband, Col. Robert H. Armstrong Sr, USMC ret., who died in 1966. Shirley also was a World War II veteran, having served as a Lieutenant in the US Marine Corps from 1943 to 1946. After meeting and marrying Bob Sr. in 1947, several transfers later brought them to Norfolk and in 1957, she became an English teacher at Princess Anne High School and retired from the Virginia Beach City Public Schools in 1981. She also taught at Betty F. Williams and Shelton Park Elementary Schools, and was greeted warmly by many of her students over the years. She was a member of the Retired Officers Wives association. Shirley loved art, dance, literature, travel, jazz and her students. She was a lifelong Green Bay Packer fan.
Survivors include her daughter Caroline Mawhinney of Lincoln, Neb., Robert H. Armstrong Jr. and his wife Kelly of Honolulu, Hi., Bill Armstrong and his wife Kathy of Va. Beach, Va., Ira Armstrong and his wife Karen of Va. Beach, Va.; six grandchildren, Jennifer Beane, Rebecca Beane, Robert Armstrong II, Bay Armstrong, Laura Armstrong, John Armstrong; and a great-grandson Bryce Kistler.
A service for Shirley will be held at Bayside Presbyterian Church on Monday, Sept.30, at 3:00 PM. In lieu of flowers, memorial donations can be made to Diabetes Institute Foundation, 855 W Brambleton Avenue, Norfolk, VA 23510.
The burial will be held at Hampton National Cemetery at a later date.
Altmeyer Funeral is the Arrangements.
Please visit this memorial at altmeyer.com