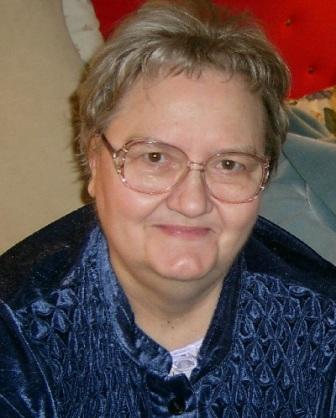 “OK DK SK is on the way” was the best phrase I have ever heard.

You will be greatly missed and always remembered = You have taught me so much! The upcoming holidays will be very painful, but knowing that you are with Pap Pap,Sharon, Steeler and Bowser will help ease the pain a little. I will miss your smiling face and all of your words of encouragement. RIP Grandmother! We now have yet another angel looking down upon us. I LOVE YOU!

Aunt Shirley was a wonderful woman and made you always feel special. Her love of Uncle Don, her kids, grandkids, and all of us was special. She truly was a giving person and I am so happy she is now out of pain. We all loved our Aunt. Prayers are with allmy wonderful cousins. Love, Kelly

Cheryl, I am so sorry to hear of your loss. My thoughts and prayers are with you and your family at this very sad time.

Cheryl, Melissa, Donna, Don and Katrina & Families: My sincerest sympathy is sent to you all and my thoughts and prayers are with you. May the Lord be with you to comfort you in your time of grief. Your mother will always be remembered by me as my “second mom” growing up. I will always remember the impact she had on the memories of my youth, and she will always be in my heart. I love you all. God Bless.

Dear Donna, We were so sorry to hear about your mom. Our thoughts and prayers are with you. May our Lord hold you and keep you and may you feel his loving arms to comfort and give you peace. Love Lewis & Kathy

Knowing that Shirley had not been well for many years I was still saddened to hear of her passing on Tuesday.

Melissa– please know that your entire family are in my prayers and thoughts and I wish you all Peace, Joy, Love and Happiness.

How very strange we lost our mother’s within months of each other. But know that she now dwells in a place with no pain and surrounded by God’s Love.

Love to you all.

Sorry to hear about your mother. My thoughts are with you and the rest of your family and your mom’s friends at this time. I’m sure there are many, who both loved and respected her.

Your last words to me were, “It will be okay.” I know it will, but its still very hard to accept the fact that you arent here anymore. Miss your smiling face and your words of wisdom. Cloey told me yesterday that she really misses you and really wants to see you. Really broke my heart. Please send some extra love this way… I love you!

It’s hard to believe that the second year of your passing is upon us. Where has the time gone? It was such a sad day, but knowing that you are reunited with PapPap and Sharon brought comfort to many of us. Not a day does by that I do not look at your picture and remember the words of wisdom you always had. The tears still stream down my cheek when I have something exciting to tell you or need some of your comforting words and realize that you’re not here. Everytime we drive by the cemetery, Cloey says, “There’s Heaven”.

I love and miss you dearly! Please continue to watch over us and guide us in the right direction!

Grandmother, may you smile down upon me & give me the strength, guidance, and beauty that you wore so well. I hope to have a marriage as true as yours and children that experience great joy. Help to keep our family safe & shine your blessings upon them. For when we meet in Heaven we will all rejoice with the Lord. I love you & miss you already. Tell PapPap Thanks for giving me 3 little Angels that have touched all our lives! For Today you are with the Lord and Today is a Happy Day!

I am SO SORRY to you all for the loss of your mother and friend. Melissa, please know you and your family are in my thoughts and prayers always.

I offer my heartfelt sympathy to the family of Mrs. Shriley Krupica. Mrs. Krupica was a wonderful person as was her husband, D.K. Her family is a testament to the wonderful person she was. May God Bless her and grant her eternal happiness. May God also comfort her loved ones whom she leaves behind.

Mom, thanks for being a wonderful example of what a wife and mother should be. Thanks for being my best friend. The last 3 weeks of your life are such precious memories for me. I got to know you better and see what a strong person you were. May you finally be at peace with Daddy and Sharon. I will miss you and love you always. I even picked up the phone today and dialed your number to talk to you. I love you, Donna

My thoughts and prayers are with you guys. I’m sure Aunt Shirley Ann is in a better place, pain-free, and reunited with loved ones who passed before her.

Our heartfelt sympathy on the loss of your mother. The memory of your mom will live in your hearts and minds as well as in the hearts & minds of those who knew and loved her. Our thoughts & prayers are with your family.

Our thoughts and prayers are with your family.

Sorry for your loss..

TO ALL THE FAMILY OF SHIRLEY KRUPICA

We are sorry for your loss . Shirley was a wounder full loving person and a great friend. She will be greatly missed. You all are in our prayers.

Well we are about ready to celebrate our first Thanksgiving without you. Breaks my heart that you wont be here to join us. I do think you will be celebrating a very special Thanksgiving with Pap Pap & Sharon. Thanks for looking over us and guiding us through life’s journey. I’m just hoping mom wrote down your recipe for the great pumpkin pies you made = cuz I didn’t. I always thought you would be around forever.. I love you!