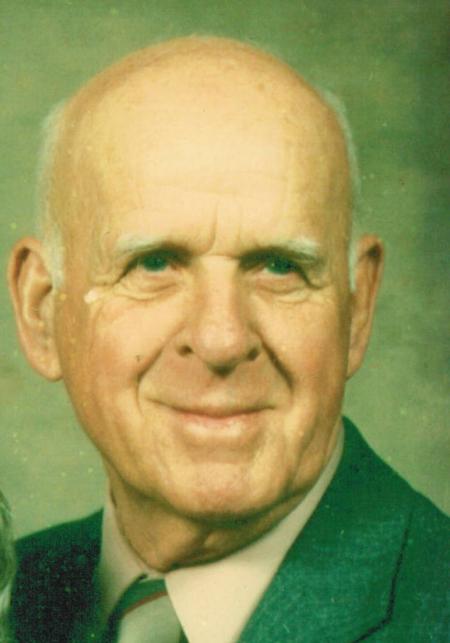 Saxe F. Slate, 97, went to be with the Lord on Wednesday, October 12, 2011. As was his desire, he made his transition to Heaven from his home in Yorktown.
He was born April 13, 1914 in Brunswick County to Pelham and Ella Slate. He was one of eight children.
Saxe was an independent salesman most of his working years and he loved gardening and hunting as well as simply working in his yard. He was a member of Riverside Baptist Church for nearly 60 years.
He was preceded in death by his wife of 72 years, Marie Brown Slate, 92, and all of his brothers and sisters.
He is survived by his daughters, Alice S. T. Harris-Willison Ken and Peggy Sutherland Bob; grandchildren, David Turner Sharon, Renee Wilkins Alan, Robert Sutherland Delores, Debbie Petrovitch Steve and Becky Sutherland; great-grandchildren, Christy, Heather, Joshua, Steven, Elizabeth, and Cameron and his great-great-grandson, Braiden.
The family will receive friends from 6:30 to 8:30 p.m. Friday, October 14, 2011 at Altmeyer Funeral Home-Riverside Chapel. A service will be conducted at 2 p.m. Saturday, October 15, 2011 at Riverside Baptist Church with burial to follow in Peninsula Memorial Park.
In lieu of flowers, memorial contributions may be made to Riverside Baptist Church or Personal Touch Hospice.
Altmeyer Funeral Home-Riverside Chapel is in charge of arrangements. Condolences may be made to the family at altmeyer.com.

Alice and family, I’m sorry to hear the passing of your father, he’s in the hands of the lord rejoicing. God bless Karen