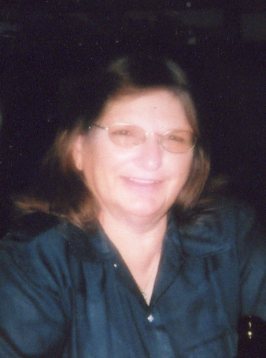 Living her entire life in this area, she was a cook working for Gregory’s restaurant for 3 years and East Liverpool Motor Lodge for 20 years before her retirement in 2010. She was a 1966 graduate of East Liverpool High School.

Her husband, Dale R. Butler whom she married on August 21, 1989 survives her at home.

Besides her Mother she is preceded in death by one brother: Richard “Jake” Kidder.

A Memorial Service will be held at the Calcutta Chapel of the Martin MacLean Altmeyer Funeral Homes today, Tuesday, September 18, 2012 at 4:00PM with Pastor Dirk Hall of the Wellsville Church of the Nazarene officiating.

I’ll miss your cheerful voice on the phone. So glad we got to meet when you stayed at our home. Rhonda & I will miss you, but will see you again soon.

I’ll never forget the fun we had when Rhonda brought you over for a Jafra facial. You are a very special lady. God Bless you and your family.

Missy, Your mom was such a great person. We had good times working together back in the day. Her loving kindness will be missed.

My very best friend for over 55 years, I will miss you so much. But I’ll see you in the rapture, Sandy. Your BFF, Rhonda

Rest in peace, Sandy. We will miss your kindness, cheerful smile and how giving you were…Sammy will miss playing with you! Until we meet again!!!

Sandy, You’re in another time and another place where all your hopes and dreams are captured with one look at Jesus Face. One sweet day we will all be together again just like on Erie Street. Love, Trudy and Ivan

Thanks for being my mom’s best friend. I enjoyed photographing both of you when you came to visit. You will be missed but not forgotten.

The way my mom always talked about you, I felt as if I’ve known you my whole life. I’m Rhonda’s oldest daughter. We’ll meet soon when the Lord returns.

We had the great pleasure of meeting you in our church during your visit to CA. What a wonderful woman you are and what a good friend you’ve been to Rhonda. We’ll meet again. God Bless

We’ll never forget the wonderful meal you cooked for us at Rhonda’s house, and the great time we had driving all over Malibu, Santa Monica, L.A., Hollywood, and Pasadena. Great Memories. You are so loved by all.

You are gone but not forgotten. You will always be in our thoughts. See you later!