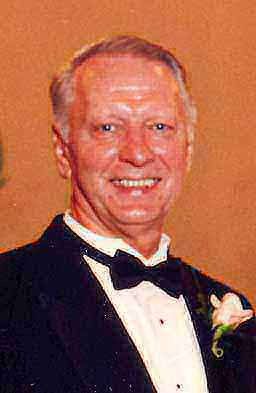 He was born September 4, 1935 in Wheeling, a son of the late Rayburn and Jennie Marie Klug Porter.

He was a pilot and Captain for United Airlines for more than 30 years, served as a Lieutenant in the US Navy where he earned his wings and was awarded Patrol Plane Commander and the Seal of Fleet Air Wing 3 for command of a combat crew in 1965.

In addition to his parents, he is preceded in death by four brothers, Melvin, Cecil, Herb and James Porter, two sisters, Phyllis Tubaugh and Shirley Hodgkiss.

Russell was always willing to help and give to others and as a final act of generosity, he gave the gift of life through CORE.

Memorial contributions can be made to the Wounded Warriors Project.

We are shocked and deeply saddened by Russ’s passing. Even though we cannot be there with you, we want you to know that our thoughts and prayers are with you all.

Dear Mark and Family, I was very shocked to hear about your Dad. Our thoughts and prayers are with you and your family now and for the time to come. He was a fine man.

He will be missed by all. Tanks for the friendship

Our sincere condolences from the Charles Art Wells Family. So sorry for your loss. We knew you for such a short period, but want you to know we have been thinking about you and your family so much.

Russ was one of the good guys. What you saw is what you got. Russ never knew a stranger and this world is now lighter by one of the truly good people. Those of us who knew him, have been very fortunate. Russ, you will be missed by each of us.

Sandy and family, I was saddened and shocked to read about Russ. May God be with you at this time. Ed Nichols

Sandy and family, Our hearts are heavy for your loss. Although it has been many years since we have seen you both, we have thought of you often. Please know that we pray for you and family.

Sandy you have my deepest sympathy.Kim I appreciated your kind note and thank you both for the privilege of serving your family. I have fond memories of Russ and remember him well as a dedicated family man and pilot.Please call if I may assist in any way. Jim

Sandy: I only met you one time, a few years ago when Bill Littleton, Russ & I got together at your home.However I really feel your loss. Russ was the best roomate and friend one could ever have. I have thought about him many times over the years; he will not be forgotten. A really GREAT guy!

Sending our condolences to your family. We are so sorry for your loss. Be thankful for so many wonderful memories, they will get you through so many rough times for years to come! Our love and prayers are for you all.