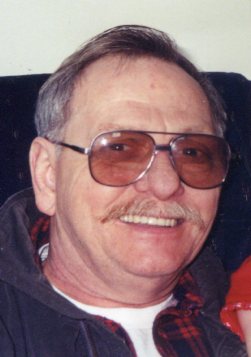 Russell “Butch’ Cunningham, 71 of East Liverpool, OH died Friday, September 14, 2012 at Nentwick’s Convalescent Center following a lengthy illness. He was born in Wellsville, OH on April 25, 1941 and was the son of the late Russell Cunningham and Freda Cunningham Lister.

Living his entire life in the area, Mr. Cunningham retired in 1992 from the former Kenmar-Eathan Allen where he worked as a Fabricator Assembler for 27 years. He was a member of the Veterans of Foreign Wars Post 66 Auxiliary, a former member of the Moose, Elks Lodge 1040, Potters Club, the Orioles and the American Legion. He coached Pony League Baseball for the Sevey’s Pharmacy Team.

Besides his parents and wife, four brothers, Delbert Cunningham, Harry Cunningham, Dick Barnes and “Hook” Rowe and a sister, Beverly Elaine Madden preceded him in death.

Services will be held at the Calcutta Chapel of the Martin MacLean Altmeyer Funeral Homes on Tuesday, September 18, 2012 at 7:00 P.M. with Rev. Norman Eckert of the Beechwood Free Methodist Church officiating.

Burial will be in United Presbyterian Cemetery.

The family will be present to receive friends at the funeral home in Calcutta on Tuesday, September 18, 2012 from 1–3 and 5–7 prior to the services.

Memorial Contributions may be made to the American Cancer Society.

greg, we are so sorry for your loss. i have alot of found memories of your dad at vfw. he was a good friend of my mom and dad. may he rest in peace.

My smypathy goes out to the entire Cunningham family. To Tom and Greg – I will always remember and respect how your dad treated me as a coach when I had the pleasure of working with both of you on the Potter baseball team. Your mom and dad were both special people and will be greatly missed by all. Please know that I am thinking of you. Dan