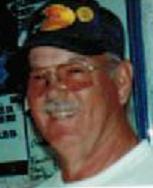 Knotts Island – Royce A. Leary, 76, passed away on November 19, 2011. Royce was born in North Carolina to the late John and Margaret Leary. Royce and his wife had owned and ran Bluewater Seafood for 32 years. He retired from the Norfolk Ford Plant after 30 years, as well as having worked at the Sheriff’s Department for 17 years. He belonged to the Blackwater Southern Baptist Church and was also a Deacon at Cava Church. Royce is predeceased by his daughter, Belvia Smith; and brother, John Leary.

Family will receive friends on Monday, November 21, 2011 from 6-8PM at Altmeyer Funeral Home, 929 S. Battlefield Blvd., Chesapeake, VA 23322. A grave side service will be on Tuesday, November 22, 2011 at 11AM at the Leary Family Cemetery located on E. Gibbs Rd. The family will be receiving friends at their home, following the burial. Online condolences may be expressed to altmeyer.com.

Dear Uncle Royce, you will be missed in my heart. I have missed your jokes and pranks and know that you are in heaven with Belvia. My love and prayers are with Aunt Nancy, Sharon and Roy. God Bless and keep you, all our love and prayers from Colorado, Leota, Lee, and Danielle Woiteshek

I’m so sorry to hear of your loss. May God Bless all of you and wrap his tender loving arms around you and comfort you at this difficult time. Treasure all your good times and memories, just remember no one can ever take those away. Sending my love and condolences to each one of you.

I cannot find the words to express my concern for your family during this time. I pray the Holy Spirit, the Comforter, will bless you with comfort from the Prince of Peace: Jesus Christ.

I am sorry to hear Your Father has passed. I didn’t know him but his Son is a fine Man and so must HE have been. May He Rest in Peace.

Please accept my sympathy for your loss. Royce was a GREAT GUY and I had a lot of respect for him. Just found out tonight that he had died. Praying that God will continue to keep you in his arms as others keep you in their hearts.

To Mrs. Nancy, Roy, Sharon and Family. Words can not express my sorrow at this time. Mr. Leary was a good and hard working man, a good employer and Friend. Sending my LOVE to all you.May God Bless all of you. Love Gloria Flowers and Family

To Nancy and Family we send our sincere sympathy with much Love and Prayers. each of you did a wonderful job taking care of him all these years!