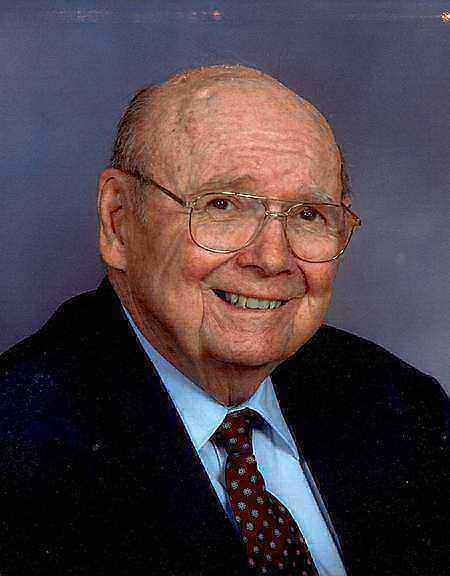 He was born Feb. 15, 1921 at Powhatan Point, Ohio a son of the late Bernard and Daisy Hines Ruble.

Ross was a member of the Powhatan Presbyterian Church, where he served as an elder and former member of the church session. He graduated from the former Powhatan High School and served in the Merchant Marine Service. He was a 50 year member of the Moriah Lodge 105 F & AM, Order of Eastern Star, Captina Chapter 489, Ancient Accepted Scottish Rite, Valley of Steubenville, Osiris Shrine, Legion of Honor and a 60 year member of the American Legion Post 228.

In addition to his parents, Ross was preceded in death by two brothers, Dwaine of Los Angeles, Calif. and Myron of Newark, Ohio; and two sisters, Ruth Stone of Franklin, Ohio and Irene Briggs of New Philadelphia, Ohio.

Surviving are his wife of 62 years, Hazel L. Potts Ruble, whom he married on Nov. 14, 1944; three children and four grandsons; Randall Ruble and his wife Linda Simmons, of Powhatan Point, Ohio; James D. Ruble and his wife Paula Byers and their sons Zachary and Nathan of Maysville, Ky., and Pamela Fox and her husband, David, of Glen Dale, W. Va. and their sons, Dr. Gregory Fox of Portland, Maine, and Dr. Ryan Fox of Chapel Hill, N.C.. Also three sisters; Madelyn Pratt of Harlingen, Texas; Bernadine Lindsay of Clayton, Ohio and Hilda Ferguson of Harrisburg, N.C.

Family and friends will be received at the Bauknecht-Altmeyer Funeral Homes and Crematory, 186 Main Street, Powhatan Point, Ohio on Saturday from 6 to 8 p.m. and Sunday from noon to 4 and 6 to 8 p.m. Services will be held Monday at 11 a.m. at the funeral home with Rev. Gregory Stone and Rev. Alice L. Phillips officiating. Interment in the Powhatan Cemetery at Powhatan Point, Ohio with Full Military Honors.

Memorial contributions may be made to the Osiris Temple Transportation and Aid Fund, P.O. Box 2048, Wheeling, W.Va. 26003

Share your favorite thoughts and memories with Rosswell’s family at altmeyer.com

Aunt Hazel, Iam so sorry to hear of Uncle Rosswells passing. You have our deepest sympathy, I regret that I wasn’t able to be there to pay my respects in person. It was always a great thrill in my youth to visit with you and Uncle Ross. He was a great man in my book, a fighter and a man of honour to the very end. I love you both and again I regret I couldn’t be there with you. Love, Your Nephew, Artie Stone

Aunt Hazel: our deepest sympathies to you during this time, we only wish we could be there. Please let all of the family know we are thinking of them. God Bless.

We’re so sorry we couldn’t make it there. We’re keeping your family in our thoughts and prayers.

I have been thinking of all of you often over the past few days. Sending love and prayers. A kind man with a kind smile.

Our sincere sympathy to you and your family. A time like this is difficult for so many people. May it comfort you to know that there is support with you at all times from friends and loved ones.

Our sincerest sympathy to you and all of the family, especially your Mother! We regret we can’t be there at this time, but you are in our thoughts. We will see you in December. Sincere sympathy, The Rushes

To: Randy and Linda, Pam and David.

I am so sorry to hear of your father’s death. My deepest sympathy for you and your entire family.