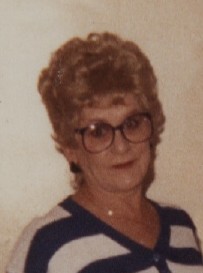 BOWMAN, Rosemary, 72, resident of Wheeling, W.Va., died Saturday April 8, 2006 at home.
She was born June 27, 1932 in Triadelphia, W.Va., a daughter of the late Robert and Katherine Wheeler Bowman.
Rosemary was employed at various places but she particularly enjoyed her years at Family Services. She was a Methodist by faith.
In addition to her parents, she was preceded in death by a former husband, Andrew Edward McKee; a brother, Robert John Bowman Jr.; and two sisters, Minnie Katherine Bauers and Joan Warsinsky Shuttlesworth.
She is survived by her sister, Pamela Lenz of Fla., a son Robert Andrew McKee

Just to let you know I was thinking of you in your time of sorrow.

Charlie called me and told me of Aunt Timmie’s passing. This is a hard loss…so soon after Joan’s passing. It saddened me to hear that I had lost another Aunt.

We all have our favorites and I have to say that Timmie was mine. I can clearly recall many years ago her singing little dittys to her doggies. She loved to sing and dance around in her own joy, she made us all smile often with her lightheartedness!

I will miss her. Though I have been away for a long time all of the family have been in my thoughts…especially when I bring out my photo albums.

Just a week or two ago I shed a few tears over an old photograph. It was Grandma Bowman, Aunt Timmie, Kathy, Brandy and Courtney.

I am sad when I think of those that we have lost, but I cannot imagine the glory that they are all surrounded by in Heaven.

I am sending love to all of you right now.

I am so sorry to read of your Mom’s death. I realize this is a very difficult time, but know that my thoughts and prayers are with you and your family.

To the whole family:

Timmie was a good person and a person who made you laugh.

Our thoughts and prayers are with you all. Jeff,Cathy&Callie Miller