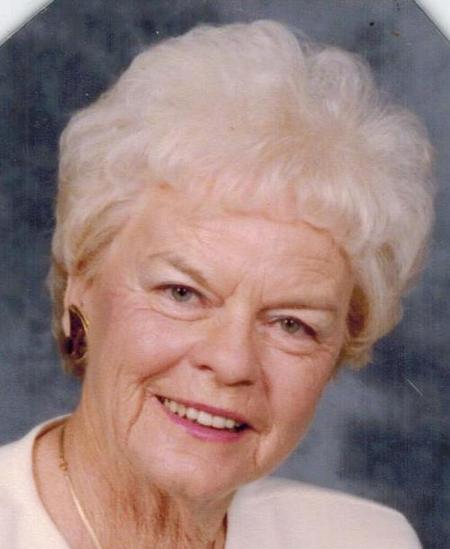 Rose Ann Johnson, 84, of Virginia Beach, left this life to be with our lord on Monday, November 4, 2013. Born November 18, 1928 in Cherokee, Iowa; she was preceded by the death of her husband, Bernard R. Bucky Johnson. She is survived by her son Brien, her daughter in law Melissa and two grandchildren Colin and Laura. She is also survived by 3 children from her husband’s previous marriage, Lorraine, Cynthia and Craig.

Rose Ann had a rewarding 35 year career in the Federal Government in the Washington, D.C. area where she raised her family. She originally moved to Washington in 1949 to work for the Honorable Senator Guy Gillete D Iowa. She remained at the US Capitol for over 20 years working for different members of the Senate as well as the Sergeant of Arms. In 1970 she was appointed as the congressional liaison to the Secretary of Housing and Urban Development. She was assigned by HUD to assist in developing the National Flood Insurance Program in the early 70’s. In 1979 until her retirement in 1984, she worked for the Federal Emergency Management Agency FEMA.

The family will receive friends at Altmeyer Funeral Home, 5792 Greenwich Rd, Virginia Beach on Thursday from 5 – 6:30 pm. A funeral service will immediately follow the viewing in the chapel. Burial will be at Quantico National Cemetery at a later date. Online condolences may be offered to the family at altmeyer.com

I wanted to take just a moment to express my deepest condolences on the passing of your mother Rose Anne. I noticed her obituary in the paper this morning while looking for an obit of a fellow realtor friend of mine. She was a delightful person I enjoyed knowing, even though it was for a short period of time. I lost my mother 6 years ago and not a day goes by that I don’t think about her. I wish you and your family well in you time of grief.

Have wonderful memories of Rose Ann & Bucky here in Falls Church. Will cherish 2007 European cruise with Rose Ann – such a lovely lady!

hi cindy, i don’t know if you will remember me or not but i was susan

white. i’m so sorry to hear about

I just learned of Rose Ann’s death when I tried to call and wish her a Merry Christmas. I am a cousin from around Decorah, Ia. Her mom was a sister to my Dad. I’m so sorry. Brian, I would like to hear from you.

My deepest sympathy. Your mom was a special person and will be remembered for her kindness and great deeds.

Our sympathy and prayers are with all of you. She was an amazing woman who will be missed by all whose life she touched. Hugs to all of you.

Rose Ann was always very kind and loving toward me. I am sorry for your loss.

Rose will be greatly missed by Paul and me.She had such a zest for life and cherished her family.Rose and Mary were a team and everyone knew when you saw Rose,Mary was close by.Our love to you all.

So sorry for your loss. Aunt Rose Ann was such a gem. She was so good to Jon and myself. We are are gonna miss her deeply. Your family is in our thoughts and prayers

So sorry to hear of your mothers passing. She was a dear friend for a very long time. I will miss her. My blessing to the entire family.

Sorry to hear of Rose Ann’s passing, she was a a nice lady and will be missed by her friends at SOLO.

We were so sorry to hear the sad news.

Your mom was a lovely lady, neighbor, and friend, she will be missed here by her LBC family. Love, Dee & Dale