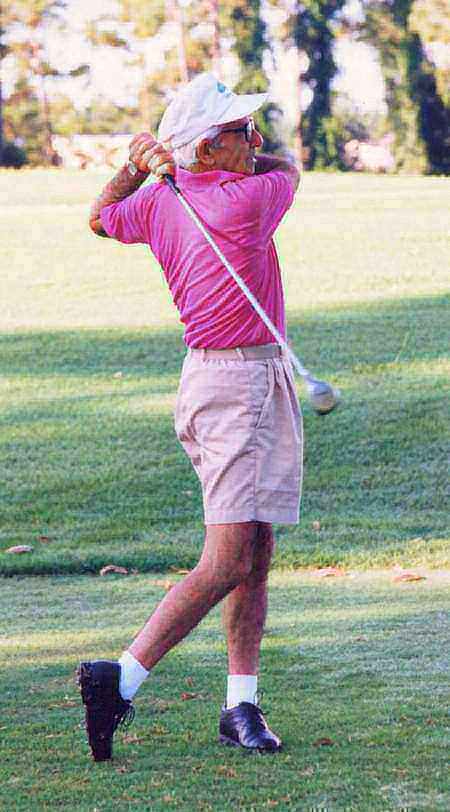 He was born October 14, 1921 in Bellaire, Ohio a son of the late Dominic and Elizabeth Rosetti Cavicchia.

Ronnie was retired from the Operating Engineers Local #132 Wheeling, WV, a member of St. John Catholic Church, Sons of Italy Lodge #754, the I.A.C. and American Legion Post # 52 all of Bellaire, Ohio. He was a US Army Air Corp Veteran of World War II serving in the Pacific Theater and served in the CCC prior to joining the Army Air Corp.

In addition to his parents, he was preceded in death by his beloved daughter, Rita Elizabeth Cavicchia on January 26, 1974; five brothers, Argent, John, Raymond, Quinto, and Croge “Doc” Cavicchia and two sisters, Jeanette Batzdorfer and Flora Varcalle.

Family and friends will be received at the Bauknecht-Altmeyer Funeral Homes and Crematory 441 37th Street Bellaire, Ohio on Friday from 2-4p.m. & 6-8p.m. Funeral Liturgy with Mass will be celebrated on Saturday at 10a.m. at the St. John Catholic Church in Bellaire, Ohio with Fr Daniel Heusel, the Celebrant.

Sons of Italy services will be held on Friday at 7p.m. followed by the Vigil service at 7:45p.m.

Memorial contributions may be made to the St. John Catholic Church, 315 37th Street, Bellaire, Ohio 43906.

Condolences may be offered to the family at altmeyer.com

Dear Aunt Norma & Ricci, I am so sorry for your loss. I know your pain and he will be missed by so many people as he has touched so many lives. He was such a special person to everyone he met. There was no one else like my Uncle Ronnie.

Love and Hugs to you.

Dear Mrs. Cavicchia & Ric, I am so sorry to hear of your loss. Ric, I remember talking to you about your parents at a Big Walnut football game & you shared tales of them driving to Columbus. Hugs, prayers, & blessings to you.

Dear Norma and family I am sorry for your loss. I will miss Ronnie. He always made me smile. Your in my thoughts and prayers. Joni

I am so sorry for your loss. I met your nephew the other day and was asking about you and Ronnie. He told me that Ronnie had not been doing well. I have known you both for so very long and you two have a special place in my heart. He is now in a better place and will be deeply missed by many. My thoughts and prayers are with you and your family.

Dear Ric and family, Please accept my deepest condolences on the loss of your father. I always enjoyed talking to him whenever I would see him. May he rest in peace.

Dearest Norma and family: I will miss seeing your Ronnie in our neighborhood and miss his wonderful smile and wave. You had such a blessing to have lived with a man who adored you and was adored by so many of us. I so wish I could see him and Memo and Sammy on Emilio’s front porch again……..Steve loved getting into their conversations when he saw them across the street. God bless you friend and neighbor and may you solace that he will always be watching over you.

I will always remember Ronnie and my dad Raymond, recounting old stories and enjoying one another’s company. They a were both larger than life, and leave an enormous void in there absence. Fond memories and prayers from our family.

May the love of God surround you and your family during this difficult time May you come to know that the love of God is with you always, may your memories of Ronald Joseph Caviccihia, give you peace, comfort and strength…

My thoughts and prayers are with you all. Mr C is with Rita now.

My condolences on the lose of Ronald. My Dad Pete Trigg and Ronnie were friends many years ago. I remember visiting with my father. Ronnie was a very nice person. His family was very lucky to have him for so very long. May he rest in peace. May you all find peace of heart and remember all the wonderful times you all had over the years.

NORMA AND FAMILY, I AM SORRY TO HEAR OF RONNIES PASSING, HE WAS A WONDERFUL GUY,AND A GREAT FRIEND TO MY GRANDFATHER. RONNIE ALWAYS MADE ME LAUGH,I WILL MISS HIM DEARLY. ANDREA SUSAC SIBURT

Norma, we are so sorry for your loss. Ronnie and you were wonderful friends to my parents. He had a way of making everyone feel special with his kind words. I was happy that my husband had a chance to meet him at my Father’s service. Thank you for posting and sharing the memorial video. You have a beautiful family. And it is obvious that you bring each other great joy.

Norma; My deepest sympathy upon the loss of Ron!

Praying for you and your family buddy.

RONNIE AND I WORKED TOGETHER FOR A LOT OF YEARS.HE WAS A MENTOR TO ME FOR MANY THINGS,INCLUDING MY BASEBALL COACH.WE WERE FOREVER LAUGHING AND CRACKING UP OVER THE GOOFIEST THINGS.WE LOST A GOOD MAN.MAY GOD BLESS RONNIE AND HIS FAMILY.RIP RONNIE.

So sorry to hear of Ronnie’s passing. Can’t begin to tell you how much I enjoyed the time I spent with him last year. His stories of he and my father were fantastic and etched into my memory. Miss them both.

God bless you in this difficult time. Ronnie was a wonderful full of life person who always met you a smile. Many nice memories I have. You will be in my thoughts and Prayers

We are so very sorry for your loss. Uncle Ronnie was a great man and will surely be missed. So sorry we couldn’t make it in for the service.