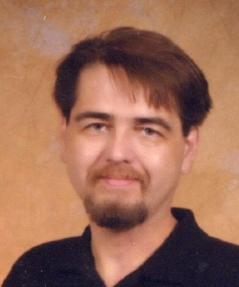 Living his entire life in this area, he had worked at the Federal Correctional Institution in Elkton as a Corrections Officer and was member of the Salvation Army. Ron was a 1988 graduate of East Liverpool High School and served with the US Army. He was a member of the DAV.

Besides his mother, he is survived by his children: Logan Douglas and Lauren Ashley Thomas both of East Liverpool and one sister: Tammi Joy and her husband Stephen of Lisbon, OH.

Services will be held at the Calcutta Chapel of the Martin MacLean Altmeyer Funeral Homes on
Monday, August 12, 2013 at 11:00 A.M. with Majors Douglas and Stella McGuire of the church officiating.

Burial will follow in Columbiana County Memorial Park where the Tri State Burial Group will accord military honors.

The family will be present to receive friends at the funeral home in Calcutta on Sunday, August 11, 2013 from 6-8 PM

May the love of God surround you and your family during this difficult time May you come to know that the love of God is with you always, may your memories of Ronald D. Thomas Jr give you peace, comfort and strength…