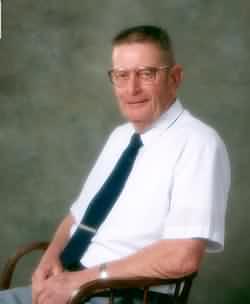 He was a retired maintenance superintendent from Mobay/Miles/Bayer Corporation, after 33 years of service, having retired November 1989, a member of the Spielers Club, and the 25 year club there. He was a life member and Golden Eagle of the National Rifle Association, and a certified NRA Pistol instructor. He was a member of the Moundsville Rifle and Pistol Club and Marshall County Hunting and Fishing Club.

He served in the United States Army during the Korean Conflict and was member of Earl Francis Post 3, American Legion, Moundsville.

He enjoyed farming, and was a member of the International Charolais Cattle Association, and an associate member of St. Vincent de Paul Catholic Church, Elm Grove, Wheeling.

He was preceeded in death by a son, Alexander Stefan Caldwell in 1979; his mother, Estella Mae Games; his grandparents, William E. and Annie Freese Caldwell, who raised him.

Friends will be received 1-9 pm Saturday April 28, 2001 at Altmeyer Funeral Home, 154 Kruger Street, Elm Grove, Wheeling, where services will be held at 8pm Saturday, with the Rev. Linda Glass presiding.

A chapel service will be held at 10 am Monday at Mt. Calvary Cemetery, with the Rev. James Lacrosse S.M. as celebrant.

My prayers are with all of you.

Jan and family. Word alone could never say the things that are in our hearts concerning RC. He is the one who did more than anyone else to make our lives and dreams come true. He was a thinkers thinker, and one of the most intelligent men we have ever known. There was never a group of men who thought of their supervisor with such respect, as did ours. He brought us together at all times to work as a team, and in doing so, made us better people. He was loved by all the people in our little plant, and will be greatly missed. This is all from the heart, and what more can I say?

So sorry to hear of Roland’s passing. YOu have our sincere, heartfelt sympathy.