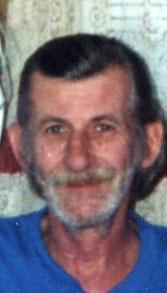 KIGER, Robert W., 57 of Bridgeport died Thursday at home.
He was a Marine Veteran and the operator of the former Kiger Carpet Installation Company and a Christian by faith.
He was preceded in death by his father, Robert A. Kiger, a brother, Douglas J. Kiger, and his grandparents.
Surviving is his mother, Dorothy O. Wright Kiger, his daughter, Autumn Lee Espinoza and her husband Richard, a sister, Patty A. Tschappatt of Wheeling, a brother, Terry Lee Kiger and his wife Anise of Wheeling, his fiance

Although I didn’t know Robert, I worked with Anise at OVMC for several years. My deepest sympathy to you all.

We only knew you for six years,you were a good friend and neighbor. You will be missed. Ray will miss working on cars with you and helping with the many remodeling projects you did together and thought about doing in the coming years. You went too fast but you are at peace now. Go walk with the lord dear friend, till we meet again.

You raped my grandma and never gave a shit about the child you impregnated her with. I’m glad you’re dead and only wish I was able to be at your funeral, “grandfather”.