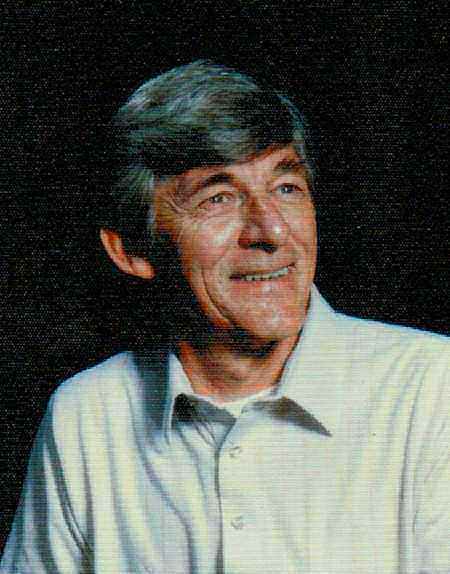 Norfolk – Robert Lee Smithson, 79, passed away December 11, 2011. Born in Virginia, he was the son of the late Noton and Ethel Smithson. Robert retired as the Business Manager with Local #100 Sheet Metal Workers Union. He was very active with Virginia politics during the 70’s, 80’s, and 90’s. Robert will be greatly missed by all.

He leaves behind, to cherish his memory, his wife of 58 years, Evolyn Smithson; two daughters, Janet Frost and her husband Jack of Norfolk, and Sharon Harker and her husband Joe of Lords Valley, PA; eight grandchildren, Chris, Joey, Jessica, Amanda, Woody, Levi, Jacob, and David; his sister, Virginia Stancil and her husband Ben of Norfolk; his brother, Noton Smithson and his wife Doris of Virginia Beach; and several nieces and nephews. Robert was preceded in death by his daughter, Merline Smithson; his two sons, David and Robert Jr. Smithson; and his two sisters, Gloria Smithson and Emily Gooch.

A Funeral Service will be held at 1 p.m. Thursday, December 15, 2011, at Altmeyer Funeral Home, 5792 Greenwich Rd in Virginia Beach with Pastor Michael C. Smith officiating. The family will receive friends from 6:30 to 8:30 p.m. Wednesday, Decemberr 14, at the funeral home. Condolences may be offered to the family at altmeyer.com.

Became your neighbor 17yrs ago. What a blessing. Remembering all the talks through the fence and you throwing the balls back over the fence after our grandson hit them over into your yard. Didn’t mind our dog barking out of excitement or ever have a complaint to offer. A special friend and neighbor will be missed dearly. Your annual Halloween decorations and those special reindeer you place out handmade by Bob on your front lawn every Christmas are reminders of the true spirit of the holidays you had & child-like compassion. We love you Bob. Sympathy and condolences to Evelyn and your special family.

I will treasure my visits with Bob-all the times we weren’t so excited about what the Redskins/Cowboys were doing or not doing! He has been a wonderful father/grandfather throughout the years-fixing cars, giving rides, attending sports events. I will miss seeing his creative Halloween decorations as well! My love to all, Karen Perry

I knew Bob Smithson for over thirty years and found him to be one of the finest men I ever encountered. Bob was soft spoken but always in the forefront to better the lot of his fellow citizens and society.

President Kennedy said, “One person could make a difference and all should try.” Bob tried and made a difference.

Bob will be long remembered for his firm determination, honesty and compassion.

I, along with countless others have lost a true and real friend.

i knew robert and worked with and for him in the 70’s. he was a wonderful man and i learned alot from him and ben stancil , whom i worked with also. my heart felt condolences go out to his wife , daughters and family. although its been years since i last spoke or saw robert, he and ben will always be special to me. god bless you all.

I knew Smithson a long time ago when he was with my parents at Virginia Sheet Metal. This will be my first Christmas without my Mom so I know it hurts. God bless you.

Someone once told me that God sends us an angel–often in the human form–to help us and console us in troubling times. I believe this with all my heart, because so many times, Bob was that angel who showed up unexpectedly to lend a hand, offer support, or inspire my own courage to face a problem and find a solution. His words of, “…let me know if you need anything…” still echo in my mind. Now this angel has returned to heaven… to rest for a while. I thank God in Christ Jesus for blessing me with such an angelic friend. Deep in my heart I will miss Bob.

The world, and our lives, are richer for Bob having been a part of it and now Heaven’s gain is our loss.

To the Smithson Family,

I am sorry for your loss. There are no words that can heal, but know that I am thinking of you during this difficult time.

We are so very sorry for your loss sweet family. Praying that God gives you comfort and peace. May He wrap His arms around you all. We love you all. Lynn & Jack