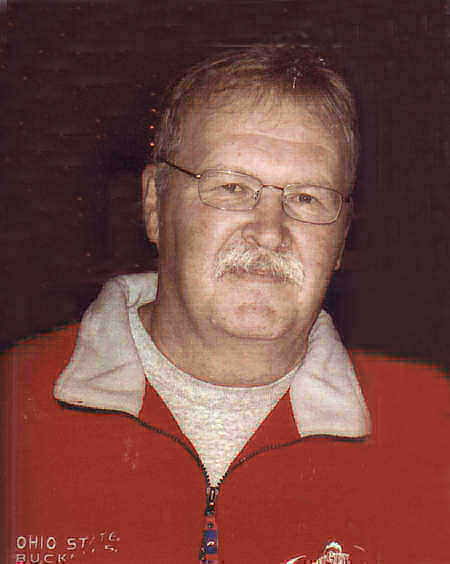 Bob was born August 17, 1947 in Martins Ferry, OH, a son of the late Robert L. and Anna Mitchell Houston Sr.

He was retired from Ohio Valley Coal Company and worked with the Belmont Senior Services delivering meals on wheels. He was a member of the United Mine Workers of America Local #1810 and was passionate about the UMWA where he served as local vice president; he was chairman of the safety committee, worked on the COMPAC and organizing committees. He played baseball at Martins Ferry High School and summer league softball in St. Clairsville. He loved animals, fishing and the outdoors. He was an avid Cleveland Browns and Ohio State Buckeye fan.

Bob was a very nice man. I’m glad to have known him. Josh, sorry I can’t be there for you but I’m thinking about you. Take care of yourself.

Dear Matt, Jennifer and family, we are so sorry to hear about Matt’s dad. Our thoughts and prayers are with you all.

Dear Melissa and Eli, so sorry to hear of your loss. Our thoughts and prayers are with you.

Dear Paula and family, Please accept our condolences on the passing of Bob. We are happy to have gotten to know him at the care center. Rose Kovalo and Jim Kovalo and family.

God Bless All of you …sorry, about Bob , he was a good guy .

His life went to fast , God must have needed him !!

Had the pleasure of knowing Robert for a few months Not long enough but in the few short months I knew him I discover him to be a fine gentleman Loved his family as well as life itself. Walk with the Angels. You will never be forgotton

My deepest sympathy to all the Houston family. I have many childhood memories of my time with Bob. May he rest in peace.

My family and I are so sorry to hear of Bob’s passing. My daughter Angel Halpin went to school with Lisa and my husband Gerald is friends with Josh. I can remember stopping at the house in town on Highland when Angel was little to pick her up. Bob will be greatly missed.

Our Heartfelt Sympathy to you. May God be with you and comfort you at this time. It is very hard to let go, but we are told Heaven is a beautiful place.

Paul: May I express my deepest sympathy in the loss of your brother. Hopefully our paths will cross soon and I will be able to tell you in person.

Paula – so sorry to read of Bob’s passing. Please know that Bob and family will be in my thoughts and prayers. God Bless.

So sorry to find out that Bobby dies. You have Les and my sincere symphaty for your families loss.

I am so incredibly sorry for your loss. Your family will remain in my thoughts and prayers.

we are so sorry to hear about Bob’s passing. He was a good guy who always spoke and had a smile when you saw him. May you find peace in knowing he is in a far better place. God Bless you all. Our thoughts and prayers are with you.

Paula, you and your family are in my thoughts and prayers. When I think of you and Bob together I remember the big smile he always wore. I am so sorry for your loss, Bob will be sadly missed. I am sending a hug for you, your children, and Geneva and Craig. My heart hurts for you all. May God bless you with peace.

sorry to hear about bob. always liked him. worked with him. was away for christmas and hated to read news in papper. he was a good man.

You and your family are in my thoughts and prayers. I was a fellow co-worker of Bob’s at #6.