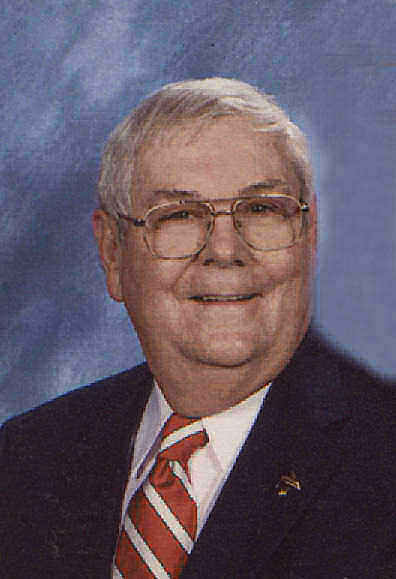 He was born November 13, 1933 in Shadyside, Ohio, a son of the late Joseph and Dora Freeman Campbell.

He was a member of South Bellaire United Methodist Church and served as a former lay leader. He was also a member of the United Brotherhood of Carpenters and Joiners of America, former business representative for Carpenters Local #3 out of Wheeling, and served as co-chairman for Project BEST, Wheeling. He was a retired carpenter and also worked for the carpenter of Nazareth. He belonged to several civic and fraternal organizations including the Lodge of the Holy Land #50 of Israel. He served two tours of duty with the U.S. Army and was a Vietnam-Era Veteran.

In addition to his parents, he was preceded in death by his granddaughter, Randi Marie Black and infant grandson, Andrew Ryan Campbell.

Family and friends will be received Wednesday September 26, 2012 at the Bauknecht-Altmeyer Funeral Home and Crematory 441 37th Street, Bellaire, Ohio from 2-4 & 6-8pm. Funeral services at the South Bellaire United Methodist Church, Thursday from 10 am until the time of service at 11am with Pastor James Lish and Rabbi Ron Berstein-Goff officiating.

Masonic Service in the funeral home Wednesday at 8pm.

“Those we love don’t go away

They walk beside us every day,

Unseen & unheard, but alway near,

So loved, so missed, so very dear”

Bob will live forever in the hearts of those he touched!

Bob and my husband, Bud Russell, were friends for many years! I was so pleased when Bob asked me if he could speak at Bud’s funeral service!

My heartfelt thoughts and prayers are with all of you!

Bob will surely be missed by everyone who knew him. I’ll miss his smiling face whenever he hugged me. The church won’t be the same without you. God bless and may you rest in peace.

Got to know Bob through Stone Chimney. Always had a pulse on our beloved valley. Talked for hours over the years. I know he is in that “better place” Jay and Trudy Beck ps still have project best pen

He will cover you with his feathers and under His wings you will find refuge.

Be with God, and see Randi, Steve and Gene. So many memories we made with Bob and Jan. We loved them

Hearing about Bob’s passing saddens us today. He will be missed by everyone that knew him. He alway had a smiling face, and a warn welcone wherever he was at..May God be with you.

I have known Bob for years. He was a wonderful person. All of us of Stone Chimney will miss him.

I pray for his family and know he is in heaven looking down.God Bless you all.

I was a classmate of Bob, last time I seen him was at the Bellaire Big Reds Football game when they were going for the championship. I was saddened by his passing, I did not know he was ailing, he will be missed by many. Bless his family.

I was saddened to hear of Bob’s passing. Bob was a great friend. He was a true leader in the fight for the rights of working people and a leader in his community. I will miss him.

Jan & family, We know your pain having just lost our Dad this past week,We know that He & Bobbie are together & running things as usual.

We will miss his smile & companionship at the family reunions. May GOD Hold you all in HIS loving arms. Sue & Virgil Angus

Jan, Jill and Susie, I am saddened to hear the news of Bob’s passing. I want to share with you the words he wrote on my Dad’s memorial wall guestbook. It touched me greatly, and my hope is that it does the same for you, as I think it describes both Bobs pretty well! He will be missed by so many.

TO THE FAMILY OF BOB STEWART

I was doing some bible study and I came across this scripture, It reminded us so much of Bob Stewart, I thought I’d Share it with you.

Make it your ambition to lead a quiet life, to mind your own business and to work with your hands, just as we told you, so that your daily life may win the respect of outsiders and so that you will not be dependent on anybody.

May God grant you peace and understanding.

My heart and prayers go out to you all, Love Jan

My husband Bob and I send our thoughts and prayers to your family at this sad time. From my chilhood, I remember Bob being a fun and wonderful person.

Jill, So sorry for the loss of your Dad! Sorry I couldn’t make it to the funeral home! Love and Prayers to all of you!

Mr. Campbell was a great man and will be missed by all who knew him. My thoughts and prayers will be with the family.

Sending love and prayers to all… I will always remember the enthusiasm in Bob’s voice everytime he greeted others. He was a true man of God and he let Jesus’ light shine through him all of the time…He will be dearly missed…Our loss is truly Heaven’s gain…May God comfort each of you as your hearts heal…God Bless You…

So sorry for your loss. Bob was always so wonderful to both my mother and father. Such a sweet man. Love, Eric, Tammy, Joey & Hannah Burkhart

Spread your wings and soar my friend! Say hello to Big Steve up there, I’m sure you two have alot of catching up to do. You will be truly missed. <3

Stay in touch, my friend. I miss you.

Such a fine example of goodness. A true union man who always had a smile and warm welcome. My sincere condolences Susie and family. He will be missed.

Susie and family I am so sorry for your loss. May God comfort you in knowing Mr. Campbell is in HIS loving presence. May God bless you and keep you.

To all the Campbell Family,

We have lost a good man here on earth, but heaven has gained a wonderful Angel. God Be with you all in this time of deep sorrow!

We have so many good intentions. But, it seems something always comes up. When they are gone, it’s too late and all we can do is be sorry. Bob was always a good friend and raising the flag at football games will always be a precious memory.

We lost a great friend. Deepest sympathy to all of the family.

We were sorry to get this sad news. May God bless you and your loved ones.