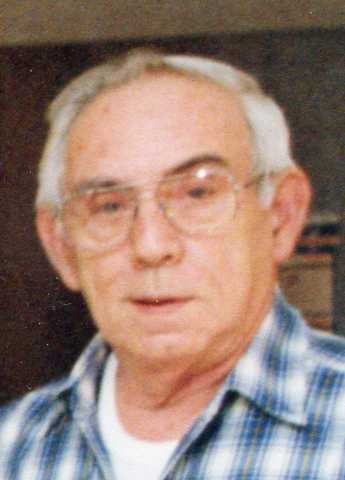 Robert D. Gray, 72 of Densmore Avenue, East Liverpool, OH died at the East Liverpool City Hospital on Sunday, February 17, 2008 following a brief illness. He was born in Claysville, PA on September 26, 1935, a son of the late Willard and Eleanor Wood Gray.

Moving from Raccoon Township, PA in 1992, Mr. Gray worked as a crane operator at LTV Steel until his retirement in 1995.

A Memorial Service will be held at the Calcutta Chapel of the Martin MacLean Altmeyer Funeral Homes on Thursday, February 21, 2008 at 2:00 PM.

The family requests no flowers due to the respiratory problems of Mrs. Gray.

We were so sorry to hear of Uncle Bob’s passing. Mom had told us on thursday that he was not doing well. As you know, she is in Arizona. We called to let her know. Jim & I were talking about all the great times we used to have at your house. Playing apples on sticks, dodgeball and plain old going outside to get the stink blown off of us. We even remembered that most of our stiches came from playing at your house. We just wanted to let you know these are some of the great memories we have of your family. Please know that you are in our thoughts and prayers during this difficult time. And I know if Mom and Dad were home they would be there for you.

Aunt Patty, So sorry to hear of your loss. Our thoughts and prayers are with you and the entire family. We love and miss you. Darla and Matt

Dear Nancy and family, we are so sorry for your loss and wish we could be with you tomorrow. Love from all of us,Midge,Pinky and Bob,John and Kim,Carol and Ernie,Joyce,Randy and Allison

GOD Bless you Uncle Bob. I will forever remember the Easter egg hunts. The smell of your cigars, and listening to your soothing distictive baratone voice. May GOD allow you to travel the highways of heaven at your speed. GOD Speed Mr. Leadfoot. LOVE YA ALWAYS, Mark

Gray family,please accept my deepest condolances for your loss of a great man.he will be in our thoughts and memory’s forever.if there is anything i can do to help you through your grief please dont hesitate to ask. sorry for your loss.

May Uncle Bob Rest in Peace. I fondly remember all the good times visiting their home every Easter as a child. The Easter Egg Hunts, his homemade Ice Cream and all the special memories will be remembered by me forever!

I’m really sorry to hear about your loss. Its been awhile since we have seen eachother but you guys are still in my prayers. If you need anything just let me know.

Patty, My thoughts and my prayers are with you at this time of sorrow. Many years have gone by since we last saw each other, but, I think of you often. I never met you brother but please pass on my respects to his family.

To Vance and Family,

Sorry to hear the bad news. We at Whertec would all like to send our condolences.

Vance I am really sorry for your loss,If you need to talk please call.