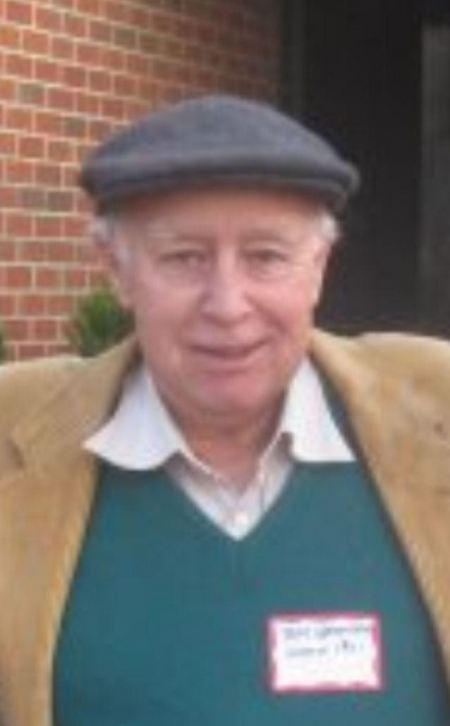 On Tuesday, May 21, 2013, Virginia Beach lost one of its originals. Richard Lee Bim Grimstead, AIA departed this earth. He was predeceased by his parents Melvin and Ruby Grimstead. He was born on June 11, 1943 on Old Dam Neck Rd. in Princess Anne County. As a young child, Bim would wonder around with his dog, Ginger, and dream of becoming an architect and designing buildings in the area. In his teenage years, he worked at his parent’s store, Grimstead Market, and played football at Virginia Beach High School. After graduating from VBHS he went on to attend Staunton Military Academy, where he played football as well. He completed his education at Clemson University, earning his degree in Architecture and became part of the Clemson Alumni. During his college career at Clemson, he was a “walk on” to the 1965 National Championship football team. Eventually, he would serve 20 years as president of the Tidewater Clemson Club. After college, his love of travel and history would take him all over the world. He fulfilled his dream of being an architect with an architectural business spanning 40 years. He was best known for many of the oceanfront hotels that donned a “bubble” window. He is survived by his loving wife of 26 years, Daryle, three daughters, Mylinda Grimstead McKinney Brian, Coley Grimstead Torok Teddy, Kim Wirt Sirico, and son Jason Wirt Kelly. His siblings Joyce Gramlich, Melva “Teeny” Grimstead, Harry “Charlie” Grimstead, William “Bunky” Grimstead along with nephews, Chuck, Jamie, and Curtis Grimstead, as well as a plethora of cousins and friends. He also left a legacy of 10 beautiful grandchildren, Brittany, Max, and Sarah McKinney, Elliott LeJeune, Tia and Thor Torok, Lexie and Sadie Marshall, Sofia Sirico, and Braxton Wirt. Bim never met a stranger nor turned away anyone in need. He also had a unique perspective of viewing the world that resonated with everyone he encountered. Bim will be greatly missed by all who knew him and loved him. God Bless that Tiger in the sky! A celebration of Bim’s life will be held Saturday, May 25 at 11:00 am in Altmeyer Funeral Home, Maestas Chapel, 1801 Baltic Avenue, Virginia Beach with a graveside to follow in Nimmo UMC Cemetery. The family will receive friends Friday night from 6:00 to 8:00 pm at the funeral home. In lieu of flowers please make donations to Sentara Hospice at http://www.sentara.com/Services/Hospice-Services/Pages/Donate.aspx or the American Cancer Society at www.cancer.org/doante . Condolences may be expressed to the family at altmeyer.com.

Best friend and buddy I ever had during my life. I love Bim and will miss him the rest of my life. He brought joy, happiness and compassion into my small family

in a very unselfish way. There will never be another “BIM” Grimstead on earth, but I can assure you that Heaven will be a much happier place with him now there. I LOVE YOU BIM, DON

I am so sorry for your loss. I will be thinking about you and your family. Love, your friend Diane.

Frank and I were so sorry to learn of your dad’s passing. Please know that all of you are in our thoughts and prayers. May God be with you during this most difficult time.

I am a VBHS classmate of Bunky’s. I am so sorry to hear of Bim’s passing. You have my deepest sympathies.

I have really enjoyed all my years of knowing Bim. He was agreat friend and will be missed very much. My thoughts are with his family as he makes his final journey

Sending Love, thoughts, and prayers to all of you during this difficult time. I am so sorry for your loss. xoxox

So sorry for your loss, truely a very fine brother to my friend Mel. He will be missed

SO SORRY TO HEAR OF THE PASSING OF OUR FRIEND, MR. GRIMSTEAD. OUR THOUGHTS AND PRAYERS ARE WITH THE ENTIRE FAMILY . DOCK AND JUDY DENSON

We enjoyed a wonderful fall tailgate with the Grimsteads in 2002. Go Tigers! Thanks Bim for being a great friend to Pip Jim DeLand, Jr ’67. Xoxo – Jim DeLand, III 95 and Heather DeLand 96.

We met Bim when we attended our first Clemson Club gathering. He made us feel so welcome, and was just a wonderful and colorful person to know. May his memory be eternal.