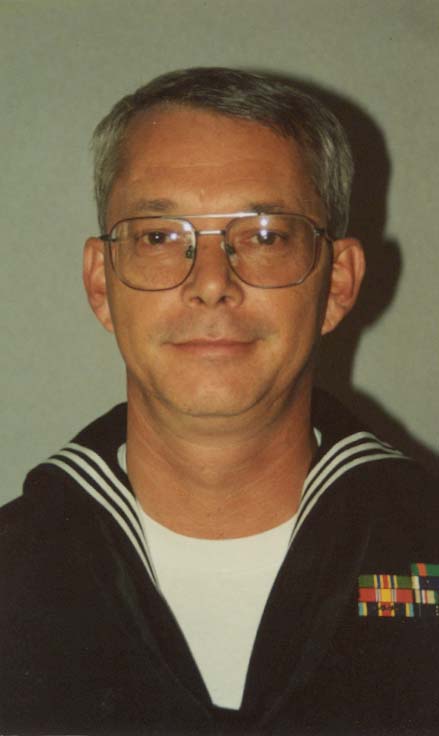 WOOD, Richard Allen, 49, of Wheeling, died Tuesday, October 22, 2002 in Wheeling Hospital. He was born April 2, 1953, in Wheeling, a son of Alma Sue Dickman Wood of St. Clairsville, Ohio, and the late John Wood. He was an employee of the BP Gas Station, Elm Grove, a Catholic and a retired Navy veteran who served in the Vietnam War. In addition to his father, he was preceded in death by a brother, David Wood. Surviving in additon to his mother are his wife, Kimberly Frasier Wood; three sons, Scott, Joshua and Todd Wood, all of Charleston, S.C.; two brothers, Jack Wood and is wife, Bonnie, of Newport News, VA, and Robert T. Wood of Wheeling; a sister, Sue Ann George and her husband, Brian, of St. Clairsville, Ohio; and several nieces and nephews. Friends received 11 a.m. – 12:45 p.m. Thursday, October 24, 2002, at Altmeyer Funeral, 1400 Eoff St., Wheeling, followed by funeral liturgy with Mass at 1:00 pm at St. Vincent de Paul Catholic Church, Wheeling, with the Rev. H. Joseph Wilhelm, S.M., as celebrant. Interment in Mount Calvary Cemetery, Wheeling.

I was back home in WV this weekend and heard that Rick had died a few years ago. What a shock that was!

My sister was married to him about 25 years ago and it sure is a shock when you go home and hear about the people you knew so many years ago.

I would like to say I’m sorry and I hope the children are doing ok!

Our thoughts and prayers are with the family.