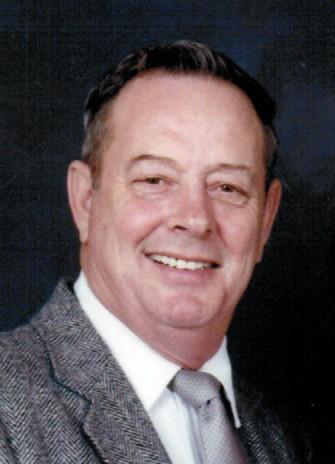 Richard A. Phillips, 83, passed into the arms of his Savior Wednesday, August 22, 2012. He was the son of the late Carl E. and Mabel D. Phillips of Berrien County, Michigan. He is predeceased by his devoted wife of 44 years , Joyce Best Phillips; brother, Donald Phillips and sister, June Kasischke.
Mr. Phillips joined the Navy in January 1947 proudly serving on submarine duty in defense of his country. He retired from the Navy as a Chief Petty Officer in April of 1968.
He worked for the Sears Service Center after his Naval retirement and rose to the position of Manager. Mr. Phillips retired from the service center in 1990.
Mr. Phillips is survived by his second wife, L. Ruth Phillips; two sisters, Margie Lang and Raina Witkowski; four loving sons, Edward, Raymond, William, Stephen and their wives; nine grandchildren and fourteen great grandchildren.
A funeral service will be held Monday, August 27, 2012 at 11:00 AM at the Altmeyer Funeral Home, 5792 Greenwich Road Virginia Beach with Dr. Dan Goff officiating. Burial will follow at Colonial Grove Memorial Park with military honors rendered. The family will receive friends at the funeral home Sunday from 6:00 PM to 8:00 PM. The family asks that memorial contributions be made to the Wounded Warrior Project, PO Box 75817 Topeka, Kansas 66675 or go to http://www.woundedwarriorproject.org/ to make a donation. Condolences may be offered to the family at altmeyer.com.

Ruth I am so sorry to hear of Dick passing,He is in no pain now he is with the Lord and having a great time,God Bless you and strenghen you ,,,,

Steve and Darlene, may you find continued strength in the Lord in this time of loss. Kay and I continue to life your family up in prayer.

To The Phillips Family, On behalf of The Bodner Family, We want to extend our heartfelt condolences to your family. Your father was one of a kind. Always outgoing with a smile and loving spirit. We all appreciate the love and support for our aunt Ruthie. We love and remember him. May God Bless all of you.

We, the family of the late John Kramer, a fellow chief and co-worker at Sears Center, note the passing of Mr. Phillips. We send our condolences.