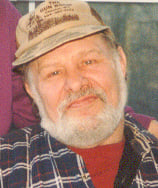 Raymond K. Springer, 61 of McCormick Run Road, Salineville, OH passed away at the University of Pittsburgh Medical Center on Sunday, December 5, 2004 after a brief illness. He was born in East Liverpool, OH on January 6, 1943, the son of the late Raymond S. Springer and Lillian M. McHenry Springer Reed.

Mr. Springer spent his entire life in this area working as a mechanic at Miller’s Service Station, Rock Springs Park, the former Tad Motors and for 28 years at New Castle Refractory. He was a member of the Southern Hills Church of Christ, the Tri-State Camera Club and an avid hunter.

He is survived by his wife, Betty M. Gilmore Springer whom he married on March 24, 1972; four nephews and one niece.

Services will be held Saturday, December 11, 2004 at the Wellsville Chapel of the Martin MacLean Altmeyer Funeral Homes at 11:00 AM with Minister Leonard "Buck" Groves of the church officiating.

The family will be present to receive friends Saturday at the funeral home in Wellsville on Friday, December 10, 2004 from 2-4 & 6-8 PM

Family request contributions be made to the Southern Hills Church of Christ.

Betty we are so sorry about Ray and we are glad that we got to see him before we left. Our thoughts and prayers are with you.

Our deepest sympathies are with you in this time of sorrow.