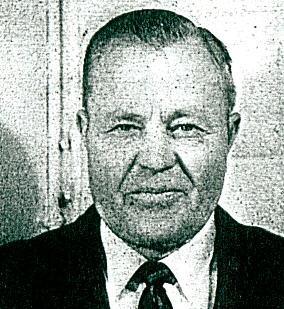 Mr. Newman was born Sept. 30, 1910, to John and Thonetta Elkin Newman of Taylor, N.D. In June 1930, Mr. Newman enlisted in the U.S. Navy. During his 27-year career with the Navy, he served in the Pacific Theatre during World War II and the Korean Conflict. He was returning to Peal Harbor when it was attacked and he survived the battle of Midway. He was an original crew member of the USS Enterprise. He served as an aviator, instructor and an officer. He retired Dec. 31, 1957, with the rank of commander after 27 years of service to his country.

Upon retiring from the Navy, he enrolled at Old Dominion University and received his B.S. in secondary education in 1965. He taught industrial arts in the Norfolk public city school system for 14 years.

Mr. Newman cultivated strong ties to his community and to his family. He was a Mason for 52 years with Owens Masonic Lodge No. 164, a member of the Sojourners and a member and past president of the Norfolk Silver Eagles Association. He also volunteered his time working for various charities and organizations.

Mr. Newman deeply touched the lives of his fellow service members, coworkers, students, friends and family. His compassion, generous nature and big “heart” will be missed by all who knew him.

I am very proud to have known Raymond J. Newman as a grandfather and also a man. He was a dedicated man in both his career life and family. He was always cheerful and kind to everyone. One of his most memorable traits was a trait that seems to have been forgotten. It was respect. He made a lasting impression on my life, and the lives of others around him. I feel he even made an impression on many he didn’t know just by touching them with an open door, kind word, or joyful smile.