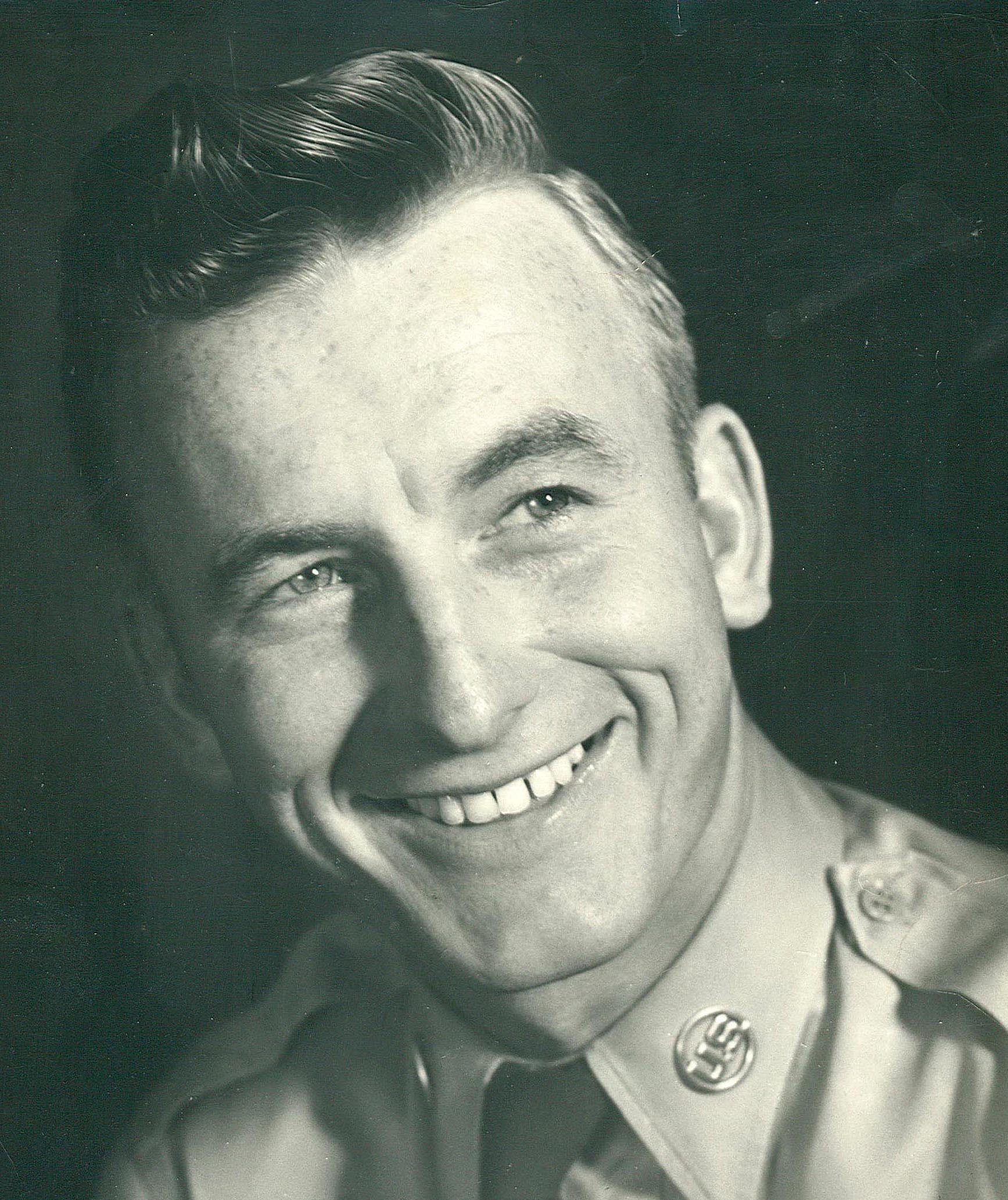 Dear Duffy Family: You were so lucky to have such a great man. He was always smiling. I saw him last when I found him in Peterson Hospital. He had no idea who I was but was so cute with the conversation about my Dad, Lou Bartsch. He was always happy to talk about their family poker games. These poker games have always been a huge part of my Dad’s life. I thank all of you Duffys for that. My sympathies to all of you.

Grandpap – I am so grateful for the warm, gentle, funny, loving, sometimes mischievous :-, and always generous way in which you have touched my life. This photo of you really captures the twinkle in your eye – and spirit – which continues with us always. You are in my prayers. With lots and lots of love, Melissa

I spent quite a bit of time with Grandpap as a kid. I am a really close friend of his grandson Ryan Duffy. We stayed at his house for weeks during the summer a couple times as kids. I always had a lot of fun fishing and just hanging out with him. When he would come visit Michigan he would go with my family to church. I will always remember those fun times and am grateful to have known him.

I will remember always the sound of his voice when he called me “darlin”. I know he called every female he spoke to that, but the way he said it always made you feel special. I will miss him even though we didn’t see each other often. Rest in peace dear ” Cuz” till we meet again.

Love and prayers for all of you.

Keeping the family in my thoughts and prayers. God bless.

May your memories of Raymond J. Duffy, give you peace, comfort and strength…

My deepest sympathy goes out to my dear friend Christina Duffy for the loss of her precious Uncle, Raymond J. Duffy. She loves him so, and will continue to do so. I am sure a part of her goes with him. Yet beautiful memories will remain, and love will surely be her guide. For though she may not see Raymond he will always be by her side. Though the family chain may seem broken, for now nothing may seem the same, I know this is only temporary, as God calls us all one by one, and you will all link again. Love you Christina. Blessings to all the family. With my deepest Sympathy. Leigh

My heart and prayers are with you during this time. I grew up with Mr. Duffy’s son, Ed, and have fond memories of sitting and talking with Mr. Duffy when Ed and I were teenagers. He was always very nice to talk too.

My sincere and deepest condolences to the family of Raymond J.Duffy.

My sweet Uncle Ray. You are the salt of the earth and so fabulously real. Loved your humor and that twinkle in your eye. We all love you and will miss you terribly. Christina, Max and Nigel

Our thoughts and prayers are with the entire Duffy family upon Ray’s passing.I remember him to be kind and helpful to me in my days teaching/coaching at Central.

Pat: Kevin and I are very sorry to hear of your Father’s passing. Please accept our condolences at this time. You are in our thoughts and prayers.

Uncle Ray was a witty and wonderful man. His smile always lit up the room. All my love to the Duffy family and to his children and grandchildren.

Was very sorry to hear of Ray’s passing. He was a fixture selling programs or 50/50 tickets at the Central football games. Thoughts and prayers to the entire Duffy family.

You will be missed dearly Uncle Grizz!

Much Love, Comfort & Prayers for your whole Family!

May you Rest In Peace till we meet again one day in Heaven!