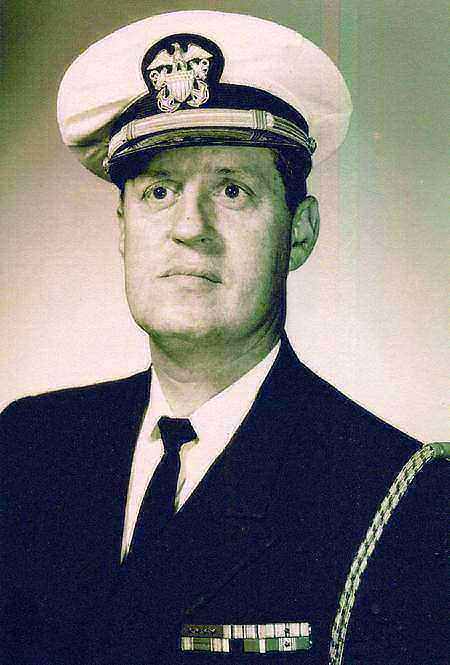 VIRGINIA BEACH – Raymond A. Remillard, 84, passed away Dec. 30, 2006.
He was born Aug. 5, 1922, in Manchester, New Hampshire, the son of the late Joseph and Delia Remillard.
A U. S. Navy Mustang, Ray retired as a Lt. Commander after 30 years of distinguished military service during which he received numerous honors and citations. He served in the Pacific Theater in WWII, Viet Nam, and completed his military career as part of the historic 1st Manned Spacecraft Recovery Operation.
Ray was an avid golfer who enjoyed the outdoors, particularly RV camping with his wife in all 50 states, Alaska being among his favorites, and wintering in Florida and the Southwest. Everyone enjoyed his keen sense of humor, his intelligence and his enthusiasm.
A loving husband and father who was very dedicated to his family, Ray is survived by his wife of 60 years, Helen M. Remillard; his son, Raymond C. Remillard of Virginia Beach, VA, his daughter, Christine M. Lewis and her husband Roney of Newport News, VA; a sister, Lorraine Shannon of Palm City, FL, a brother, Roland Remillard and his wife Claire of Manchester, NH; one grand daughter, Tiffany Kucifer and her husband Kevin of Phoenix, AZ, one grandson R. Mathieu Remillard of MN; and one great grand daughter, Emma Kucifer of Phoenix, AZ.
A memorial mass will be offered at noon on Saturday Jan 13, 2006, by Father James E. Parke at the Church of the Ascension, 4853 Princess Anne Rd., Virginia Beach, VA. Interment will be at Arlington National Cemetary at a later date.

Helen, It has been a longh time, but I have always had the highest regard for Ray. Please accept my most sincere condolences. Bill.

I regret that I can’t attend the memorial service, but my thoughts are with all of you.

my prays are with you

Our family wishes to extend our heartfelt condolances and sorrow to the family of Raymond A. Remillard as a result of his recent passing.

Ray has been our neighbor and friend for over thirty years. We will miss his smiling and cheerful face.

Never one to hesitate to help others or offer anything in assistance, one could ask for no better neighbor. His love of animals only added to his love of people.

To the Remillard family,

Please allow both Renee and I to express our most sincere condolences.

We considered it an honor and a priviledge to know Ray and appreciated his friendship.

He made the world a better place to live.

He was a fine gentleman.