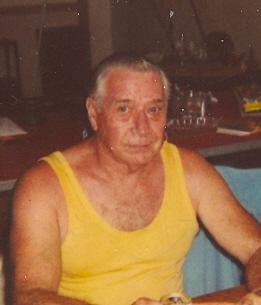 He was the son of the late William Wilford Wright and Estella Delorma Wright-Brown, born on November 23, 1929 in Wellsville, Ohio. Mr. Wright, living in the area most of his life, served with the US Army during World War II.

Besides his parents, he was preceded in death by seven brothers and one sister.

Private calling hours were held. Burial will be in Spring Hill Cemetery at the convenience of the family.

Carol, Cindy, David Sr., and the rest of the Wright family I’m sorry I couldn’t of been there when I heard it was too late for me to come and pay my respects. but I want you all to know that you’re in my thoughts and prayers. Cindy I just want you to know that I wish I could of been there for you. I really miss and love you a lot and I’m so sorry what happend to your dad. I know how it feels losing a dad by cancer, I lost mine. If theres anything I could do for anyone of you.. Please let me know. Carol, thanks for sending me the card. It was very beautiful and so sad! and i’m truly sorry. The picture of your dad is a good picture! Just remember, i’m here for all of you! Love always, Lori.

carol, i am sorry to read of your fathers passing. i am sure it is a dificult time for you and your fmily. please know you are in our prayers.

Carol, Just letting u know I care, and I am glad to have a friend like u in my life. Also I thank u for letting me be in your Dads life. And being there when he accepted CHRIST into his life. You will always be my best friend. Love Sandy Your Bestest Friend

Dad thank you for the time we shared . Especially this month. I will always remember them and You. But as you asked me I will let you go. You are 4 ever in my heart and always on my mind. Love Always my Angel ..

For the family of Ralph E. Wright, Sr. I’m vry sorry for the lose of your father and grandfather. God Bless you you all. Pat Roberts.

Grandma, aunts, and uncles, im truly sorry couldnt be there for my family… i knew my pap but i didnt know him well but i loved him with all my heart. pap, im going to have a baby in august i wished you could be here to see my baby. but i know your in a much better place and you dont have no more pain and i know you’ll be lookin down on us when i look at the sky, i’ll think of you and just smile. i love you! little david.

My deepest sympathies to the family of Ralph in their hours of grief.He would not want to be remembered as he was but as he is.In peace with his Lord.

To Ralph Wright’s Family.. My prayers are with u.I only knew your father a short time, but he left a everlasting impression on me. We laughed, and joked about things. Also I got to meet some of his children. Being around Ralph made me think alot about my on family.. And how I should get in touch with them more often. I will never forget you Ralph.God bless you , I know your Happy now in his arms.Your new friend Sandy

to eveyone who knew my dad in the past I wish you could have known him in the last years. Especially in the last months as I did. Dad was truely a gift, a great pleasure to be around until the cancer took total control. I just wanted to say Thank You to any and all who sign this and tell you that Dad said to all those closest to him those who hurt deeply these words. Which he put on his marker. Remember Me But Let Me Go. I will Always Remember and am painfully, but yet knowing his love and his wish letting him go God Bless. With Love . His daughter, Carol

To the family of, Ralph E. Wright, Sr. sorry for the loss of your father.