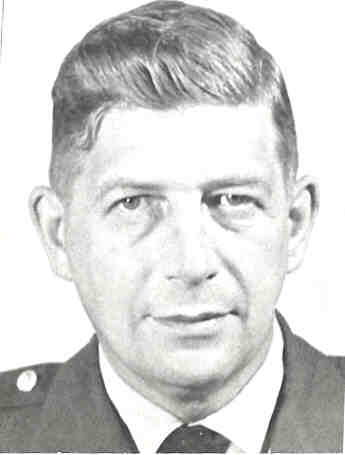 A resident of Denbigh for over 30 years, Mr. Anderson was a 27 year veteran of the US Army retiring in 1969. During his military career, he served in the European-African-Middle Eastern Campaign, World War II, Japan, Vietnam and Germany.

He was an active member of the American Legion Post #368 and was a great lover of animals and was a supporter of the Animal Rights Organization.

Mr. Anderson was preceded in death by his wife Rosemarie Anderson who passed away in June of 1999.

He is survived by a cousin Philip Anderson and his wife Edda of Minnesota, and his loving and caring friends Janette E. Turner and family.

A memorial service will be conducted at 11 AM Friday, October 18, 2002 at Altmeyer Funeral Home, Newport News Chapel by the Rev. Henry B. Sudduth. Inurnment with military honors will be held at 11 AM Wednesday, Novemeber 20, 2002 in Arlington National Cemetery.