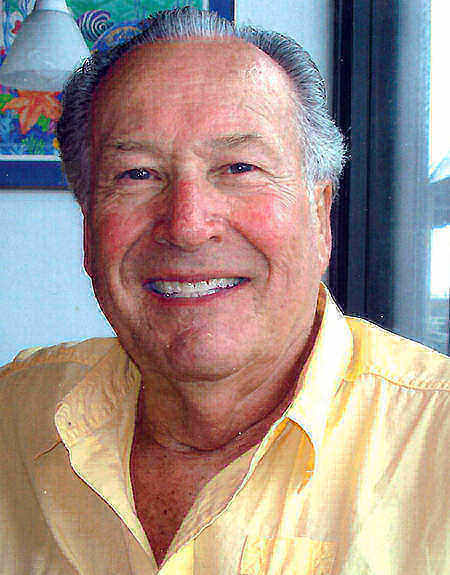 Roger Louis “Buddy” Riggs, 83, passed away on January 16, 2014, after a lengthy illness. He was born in Washington, D.C., to Samuel and Elvira Riggs and moved to Princess Anne County in 1949.

Buddy ran Western Auto in Va. Beach with his father. He became the owner in 1970 and retired in 1983. In the early 1960’s, Western Auto on 17th Street was the first to sell many famous surfboard brands, including Dewey Weber. His store became the largest dealer of Weber boards in the U.S. He was an active promoter, advertiser, and photographer, taking most of the pictures for the Jaycees, East Coast Surfing Contest, news media, and surfing magazines. He was also at the forefront of skateboarding in the area and sponsored what is believed to be the first local skateboard competition.

Buddy served in the U.S. Coast Guard 1950-1954. In 1961, Sidney Kellam appointed him as the youngest member of the Merger Committee for Va. Beach and Princess Anne County. He served on the city’s Planning Commission 1970-1976 and Va. Beach City Council 1976-1980. In 1986, he began working with the Va. Beach Lifesaving Service and was in charge of the rental operations. In 1996, he was appointed to the Va. Beach School Board to fill an unexpired term by Councilman Linwood Branch. In 2012, Buddy was inducted into the Surfing Legends of ECSC Hall of Fame.

He was predeceased by his parents; brother Samuel N. Riggs; sister June Kirby; loving wife Margaret Ann; and beloved daughter Judy Riggs. Left to cherish his memory are his daughter and son-in-law, Barbara and Ray Eisenberg; grandsons Ryan Jessica Zink, Tyler Jennifer, and Chase Eisenberg of Va. Beach as well as many nieces, nephews, and friends.

A memorial service will be held at 11am on Saturday at Va. Beach United Methodist Church, 212 19th St., officiated by Pastor Ed Johnson, Jr. and Pastor Steven Smith, with the family greeting guests beginning at 10am. Memorial donations may be made to the Va. Beach Volunteer Rescue Squad, 740 Va. Beach Blvd., 23451; Navy SEAL Foundation, 1619 D St., Bldg. 5326, 23459; or an animal rescue group of your choice.

Online condolences may be left in the guestbook link located on this page. Arrangements under the care and direction of Altmeyer Funeral Home, 1801 Baltic Avenue, 757-428-1112

As a newcomer to Virginia Beach in the early 60’s I met Buddy when I became active in the Jaycees. He always responded with positive action & support when asked to assist in our many community projects. Like other local merchants in our close knit old beach community he helped make things happen.

Buddy’s work with the E.C.S.C. for over 50 years helped make our little surfing contest in 1962 become a major annual event at Virginia Beach, on the east coast and throughout the surfing community worldwide. His contribution to the success of this event earned him the respect & admiration of all who worked with him over the years.

Buddy’s designation as A Legend of the E.C.S.C. is well deserved & much appreciated by those of us who witnessed his initial & long term commitment to this event and to Virginia Beach.

As a member of his luncheon group of Old Beach & E.C.S.C Guys, Buddy, will be greatly missed. He made our “get-together & B.S. sessions” very entertaining.

He was a very special friend who will not be forgotten.

Barbara , we are very sorry for your loss. We know you will find comfort in the Good Lord and we will put you and your family in our prayers.

Your father was such a large part of my childhood. I loved spending time with you and your family. Your mother, father and sister are forever a part of me. He will be missed.

As a child I can remember sitting on Buddy’s knee as he played Santa Claus at Western Auto back in the day. He was a nice man & a wonderful devoted father to you and Judy. You have alot to be proud of!! My Love and Sympathy to you and your family!

What can i say about an Uncle that I didn’t see very often but always made me feel like I was special. He was such a kind person. I will hold all my found memories of him in my heart always!

Barbara, what a great guy Buddy was. From the moment I first met him in 1978, I had great respect for him. It was always a joy to be in his company. May God bless you with wonderful memories always.

Barbara,Ray and boys we are so very sorry for your lost.I will always remember uncle buddy such a great man and uncle.I am so very glad I got to talk to him on his birthday. RIp uncle you will be miss.

Buddy was a great friend and always made a point to greet everyone with a smile. He will be truly missed.

Buddy was a great man who has had numerous positive influences on our family. A charismatic Virginia Beach icon that will be missed. Our hearts and prayers are with the Eisenberg family.

Buddy was a wonderful man. We loved his sense of humor, his infectious smile and the way he lived his life. It was an honor to know him. We will miss him very much. Our thoughts and prayers are with you Barb, Ray, Ryan, Jess, Tyler, Jenn and Chase.

Buddy was known and loved by generations of folks from the Beach. He lived a good life devoted to making life better for others, in civic affairs and in his business affairs.

My condolences to his family and many friends.

Buddy, you were such a sweet man and will be dearly missed. Barbara and family, my thoughts and prayers are with you during this sad time.

I met buddy in 1977 when I started as full time nurse for his mom. the late Elvira Riggs.I have very fond memories of him, Seeing him every morning at 6 sharp for eight years straight. Faithfuly he would turn the key.First words hey pal hows it going. He had a way of turning a rainy day sunny. Just the person he was. rest in peace buddy you are missed already. your pal Sheila coleman.

I was so sorry to hear about Buddy. He was always a dear friend and he will be missed.

I’m so very sorry for the loss of my very dear friend, I’m going to miss him very much, what a lovely person he was, sincerely

My dear Barbara and family, We are saddened by the loss of your much loved father. Your family welcomed us into this community of Virginia Beach, over 50 years ago. You were our first friends and neighbors. We will never forget the kindness shown us. We will remember your Mom, your Dad, and Judy with deep affection. You and your family have our heartfelt condolence in your loss.

My deepest condolences come to you for the loss of your father. He was a great gentleman and I am honored that I got to meet him many years ago. I helped when he ran for Clerk of Circuit Court and I still have the Styrofoam hat with his bumper sticker on it. He will be missed by this voter,

May God bless and keep each of you in His care.

My prayers are with you during this time of great loss. Buddy was always happy and working for the betterment of others. I am proud to call him my friend.

My thoughts and prayers to the family and friends. Rest in Peace Mr. Riggs.

One of the best men I have ever known. He always gave the best advice and always urged me to love and respect everyone. He made me feel like his very own granddaughter. Papa was loved by so many, and his joy just permeated throughout so many lives. He is so deeply missed. Love you all! I’m praying for you and thinking about you.

Please accept our personal condolences on the passing of Buddy.

Buddy was a good man, a friend and he will be greatly missed.

Our thoughts, prayers and heartfelt condolences are with your entire family.

May he rest in peace.

Ryan- I am deeply saddened for the loss you and your family has endured. May you find comfort in his memory and know that you will see him again some day. Lean on your family and friends for comfort and support- I know this is a tough loss for you all.

Ryan, I know how important family is to you and what a loss this is. You and your family remain in my prayers. Focus on the memories and know you’ll see him again.

So sorry for your loss Barbara and family. Will always be proud to have known Buddy and Judy as ” friend ” Jerry

So sorry to hear of Buddy’s passing. We sure are going to miss you this Summer always speaking to us over the balcony and watching over our boat while we were working. You were such a great friend and wonderful man. Missing you. Debbie & John Stultz

Sorry for your loss and our loss. Buddy was always a ” buddy”. Brightening and enlightening your every moment with him. Their needs to be more like him.

We are so saddened by the loss of your father. He was a wonderful person who always had a smile and a word of advice & encouragement as we grew up around him. We have so many found memories of “hanging out” at the Riggs’ house. Buddy, Margaret Ann, and Judy will forever be in our hearts. Our thoughts & prayers go out to your family.

We will miss Buddy’s smiling face and wonderful personality. I know he is keeping everyone in line in Heaven. Please accept our condolences. Ocean Way will never be the same

Words cannot express the sorrow and sympathy I wish to convey to you in the passing of Buddy. I have so many wonderful, funny memories of Buddy and I am so honored to have been able to call him my friend. I’ll miss you “Pal”