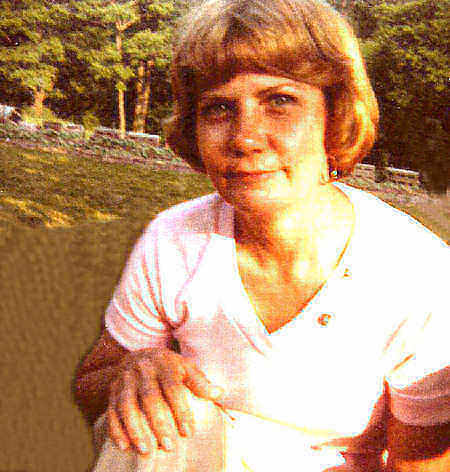 She was born December 9, 1931 in Wheeling, West Virginia a daughter of the late William and Rosella Long Carson.

Phyllis was the Admissions Supervisor at the former Bellaire City Hospital and an Episcopal by faith. She enjoyed sitting in at the Bellaire Village Council meetings and was a lifelong Big Reds fan.

A Celebration of the life of Phyllis J. Carson McNell will be held on Saturday from 12 noon until time of Memorial services at 1 pm at the Bauknecht-Altmeyer Funeral Homes & Crematory 441 37th Street Bellaire, Ohio with the Rev. John Brandenburg officiating. Inurnment in the Mt. Calvary Cemetery in Bellaire, Ohio will be held at the convenience of the family.

Memorial contributions may be made to the Charity of the Donor’s choice.

Share your thoughts and memories with Phyllis’ family at altmeyer.com.

Dear Garry, Tom, and families, I was very saddened to learn about the death of your mother and grandmother. Phyllis was one of the kindest and gentlest people I have ever known. She made everyone feel so welcome at your home, and times spent with her are some of my best childhood memories. Every time I see a Barbie doll, I smile and think of Phyllis and my mother sewing doll clothes for me and other lucky little girls. She loved her boys so very much, and she absolutely doted on her grandchildren. You are all in my thoughts and prayers.

Garry our condolences to you and your family. The loss of a parent is very difficult. Wishing you all peace and comfort.

God bless you mom, no son could have had a better mom than you. I love you always, and I am going to miss you.

My heart goes out to you during this difficult time. Phyllis and Helen were wonderful neighbors and friends. We were lucky to own their parents house for twenty years. You are all in my prayers.

Phyllis made a huge impact in my young life. She showed me how to be a Mother and was a safety net when times were tough. Every time I crochet something, I think of her. I still talk about the tiny sweaters and clothing she made for Amy’s Barbie dolls and the smocked dresses for Amy.

May she rest in peace.

She was and always will be my “nanny”! I have so many wonderful memories of her teaching me to sew, baking Christmas cookies, and one of my favorites was watching old movies in her bed at our frequent weekend sleepovers. I am so very thankful for the years my girls had to get to know her! Her memory will live on in their hearts and mine! Love you and miss you nanny!

She was my grandmother and an amazing woman. There is no doubt I’m a good man today partly because of the influence that she had on my life. I will always have wonderful memories of everyone gathering at your house for holidays. I will live you forever.

Thank you Nan for all you did for me. It meant more than you could ever know and I will love and miss you always.

To the Goldsmith family,

I have very fond memories of Phyllis. She was always so pleasant and kind. May your memories of her and what a wonderful person she was carry you through the difficult days ahead.

With our love and prayers,

Tommy & Gary … and your now large families … I’m so sorry to learn of your Mother’s passing. I will always remember her as a such a welcoming and including person to us as children. May God comfort and bless you … Jimmy

So sorry to hear of your mom’s passing. I have very fond memories of her.