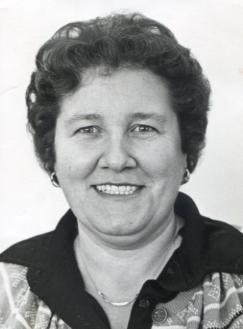 She was born in Jefferson City, Missouri on February 11, 1933 a daughter to the late James E. & L. Ethel Winters Johnson. She attended East Liverpool High School and was later adopted by the Class of 1952. In 1945, at the age of 12, Pearl began washing dishes for the Hoges. After 24 years of experiencing all aspects of the business, she became the proud owner of Hoges Restaurant. For over 40 years, she loved every thing about running the restaurant, but most of all the lifelong friendships she enjoyed with so many customers and employees. She was Presbyterian by faith and had been a member of the Quota Club, the Business and Professional Woman’s Club, and the Hoges Ladies Golf League. Playing cards was always a passion of Pearl’s including some creative ways of winning!

As wonderful of a Mother that she was, nothing compared to the pride she took in her grandchildren and the love she had for them.

In addition to her parents, she is preceded in death by her husband Don McHenry, whom she married June 19, 1950; a daughter, Deborah McHenry and a daughter-in-law, Dorothy McHenry;
three brothers, Bill Johnson, Floyd Johnson and James “Junior” Johnson and a brother-in-law Dave Cashdollar.

Services will be held at the Calcutta Chapel of the Martin MacLean Altmeyer Funeral Homes, Tuesday, December 24, 2013 at 11 AM with Rev. Tanta Luckhart-Hendricks of Emmanuel Presbyterian Church officiating.

Family will be present to receive friends at the Calcutta Chapel Monday, December 23, 2013 from 2 to 8 PM.

In Lieu of flowers the family wishes for memorial contributions be made to the Salvation Army. The family would also like to extend a special thank you to all the staff at Cross Roads and her friend Connie for 14 months of fun loving care and East Liverpool City Hospital for the wonderful care that was shown to Pearl over the years.

Family & Friends may view this obituary, send condolences or sign the guest book online at altmeyer.com

Bill, Sorry to hear about your mom. My heart goes out to you & your sisters. God Bless

We are so sorry for the loss of your mother. You and your family are in our thoughts and prayers.

Cindy, Bill, Cathy, Pam and Tammy – I’m so sorry to hear of Pearl’s passing. She was a powerhouse of a lady who will never be forgotten.

Cindy, I was so sorry to hear about Pearl. She was always so kind to me, Jodi and Brent always welcoming us to her house for swimming, food and friendship. Over the years, we had many great times playing cards and laughter at her house. Praying for your family. Matthew 5:4 “Blessed are those who mourn, for they shall be comforted”.

Deepest Sympathy, our prayers are with your family at this difficult time.

From our family to yours The Turkaly’s send a warm expression of your loss to the card party’s 500 bid from the past and all the fun and great food and winnings the girls had. those were nights the children went to bed and the ladies fulfilled their bets for the fun of it and yet had the best sandwiches bbq chipped ham at card club””’

How sad we were to hear of Pearl’s passing. She was a good friend and we will miss her as we have missed her since she could no longer be at the Restaurant. Our condolences to the family and our prayer that God will comfort you at this time. Love to all. B & P

I AM SO SORRY FOR YOUR LOSS,IT IS A VERY DIFFICULT THING TO GO THRU, MY PRAYERS ARE WITH YOUR FAMILY.

I am so sorry for your loss. So many fond memories of “Mrs MHenry”. My love and prayers go out to all of you .

Jackie and I offer our prayers for the McHenry family and sympathy in the loss of Pearl. Growing up in ELO I had a job at Hoges that didn’t seem like a job because Pearl was always positive and upbeat and made sure everyone was treated fairly. She’s probably already running things in heaven.

Jeff & Dodie Nickell and family send our prayers and express our deepest sympathy for your loss.

May God grant each of you peace at this time and in the future. Pearl touched many lives through the years. May your memories endure and bring you joy.

My time with her was much too short! I

Loved Pearl very much. My heart is sad at her loss. I will pray for her children and grandchildren.

On behalf of my mother, Doris Sanford, my sister, JoDell Sanford Simons, and myself, Renee Sanford Willoughby, we extend our deepest sympathies to you all. We love your family and have appreciated your friendship throughout the years. May you be blessed with the precious memories and heritage left by your parents.

So sorry for your loss. Especially this time of year..no time is good to lose parent. I know she will connect with my mom Dolores who will play cards again just like they did many years ago having their card club gatherings.

So sorry to hear about the passing of Pearl she will be missed. Pearl was a great boss we had a lot of fun Pearl made it that way. May God bless each of you Pearl was a good Mother,grandmother and sister. The family are in our prayers.

Sorry to hear of Pearl’s passing. I still have many happy memories spending time when we were kids. She could always make me laugh. Your in our thoughts and prayers.

To Pearl’s family,ours prayers and thoughts are with you.

we are sorry for your loss.may

god be with you all at your

time of sorrow.know that your

mom is always with you all in

We never lose the ones we love, and the joys shared are never really gone because Life changes around us, and as it does, it also changes us. With each new and different day may you find peace.

Our Deepest Sympathy to you and your family.

We will miss her too. Heaven has a new angel.