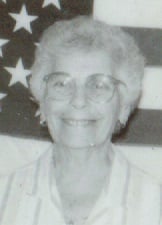 Pearl Decker Forman, 94, passed away on October 13, 2013. Pearl was born in South Norfolk, VA often called Berkley. She was one of two daughters and two sons of Benjamin Ben and Jennie Decker. Pearl attended Henry Clay Elementary School, Ruffner Junior High School, and graduated from Maury High School in 1938. Pearl worked for her parents who had a store on Church Street and a store in the Norfolk City Market. Her primary work activity over the years was as a bookkeeper for various firms in Norfolk.

Her husband Sidney predeceased Pearl, in 2008, whom she met while serving as an USO Hostess in Norfolk during WWII. They were married in October 1945 and established their residence on Mayflower Drive in Norfolk. They lived there for several years until moving to Chesapeake and finally Virginia Beach.

Pearl enjoyed various hobbies such as Mah Jong, sewing, knitting, and embroidery work. She also enjoyed fishing and crabbing. One of her greatest accomplishments was the establishment of a local travel club, which provided various trips for members within and outside Virginia.

Pearl will be laid to rest next to her beloved husband, Sidney in Forest Lawn Cemetery, Tree of Life III section, Norfolk, VA on October 15, 2013 at 1 p.m.

The family will sit Shiva at the home of Ed and Sherry Forman, 5868 Echingham Drive, Virginia Beach, VA 23464.

In lieu of flowers, donations in the name of Pearl D. Forman should be made to the Kempsville Volunteer Rescue Squad KVRS, P.O. Box 62345, Virginia Beach, VA 23466.

Eddie, and Jeffrey, sorry for your loss. Take care.

Mrs Forman was a very dear patient of mine when I worked for Dr Robert Bademian. Ed, I shall always hold the memories of you and both of your parents in my heart. Each time I go into my living room I see some of the figurines that she gave me and it always brings a smile—and memories of her beautiful smile. God bless Dotti Allen

With our deepest sympathy, May the love of God surround you and your family during this time of the loss of your love one.

You are in our thoughts and prayers