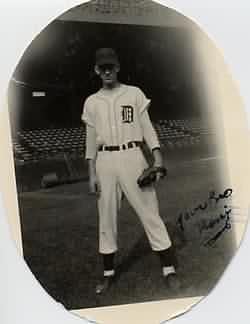 Paul Kenneth Reger, 73, completed his journey here on earth going to his maker on May 2, 2002 in Scottsdale, Az. He passed away peacefully at home surrounded by his loving family.

He was born in Wheeling, West Virginia where he spent his childhood growing up. During his high school years, he excelled at football, basketball and baseball at Bridgeport High School.

He started his college education attending the University of Miami, Virginia Military Institute and West Liberty. His college education was interrupted by two years of service in the United States Army from 1951 to 1953. Paul met his future wife, Mary, in Washington, D.C. They were married in January 1953 at Fort Bragg. After ending his enlisted time, the Regers returned to Wheeling, where Paul completed his education at West Liberty.

Paul and Mary moved to North Royalton, Ohio, where Paul started teach at E.E. Root High School in North Royalton. He then went to Twinsburg High School where he became assistant principal. He obtained his Masters Degree from Kent State University in 1969. Paul was an active member in the League of Ohio Sportsman, South Cuyahoga Sportsman Association, Brotherhood of the Junglecock and Coonskin Cap Brigade. Paul loved to hunt and fish, where he never missed opening day of trout season in Pennsylvania.